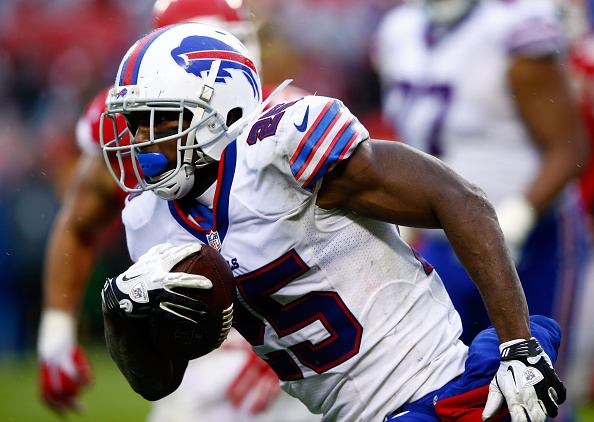 Eagles coach Chip Kelly tried to mend his relationship with former Philadelphia star LeSean McCoy, but the running back was not having it, the Philadelphia Inquirer reports.

With Kelly’s Eagles set to play McCoy’s Buffalo Bills on Sunday, Kelly called McCoy this week but McCoy hung up as soon as the coach identified himself, according to the Inquirer.

Kelly lamented how the news of the trade was relayed to McCoy. An ESPN reporter broke the story before Kelly had an opportunity to tell the running back himself. Kelly eventually tried to reach McCoy, but the calls were never answered.

He tried again on Tuesday, according to sources with knowledge of the call. McCoy didn’t recognize the number and answered. When Kelly identified himself, McCoy hung up.

The public feud between Kelly and McCoy began last offseason when the coach (who also serves as general manager) traded the running back for linebacker Kiko Alonso, prompting McCoy to allege that Kelly was trading all his good black players. McCoy stood by his comments earlier this week.

Kelly said this week he would love to shake McCoy’s hand, but McCoy did not reciprocate the feeling, unleashing the following comments to reporters Wednesday.

“Listen, man, Chip can’t shake (expletive). At all. Nothing. He knows this. That’s why he said it. I know him. He’s very intelligent. I can read between the lines. Like I said, I have nothing against him. No hatred. We’re not enemies. I won’t say anything wrong to him. There’s nothing for us to talk about. At all. There are some people I do want to speak to — the ownership, a lot of different fans out there and a lot of players, a lot of guys I still talk to now.”

At least McCoy is a man of his word: he said he didn’t want to talk to Kelly, and he didn’t. It doesn’t sound like this situation will be resolved any time soon, but hopefully after this week’s game we won’t have to hear quite so much sniping. If McCoy really thinks Kelly makes prejudiced personnel decisions that might be worth hearing more about, but at this point the back’s comments feel like needless shade-throwing.

Kelly, for his part, has admitted he regrets the way the trade played out, and at this point — with McCoy having a good year and his replacement DeMarco Murray struggling — he probably regrets the trade altogether.

Sunday’s Bills-Eagles game starts at 1 p.m. ET. We’ll see if McCoy takes out his anger on the field.