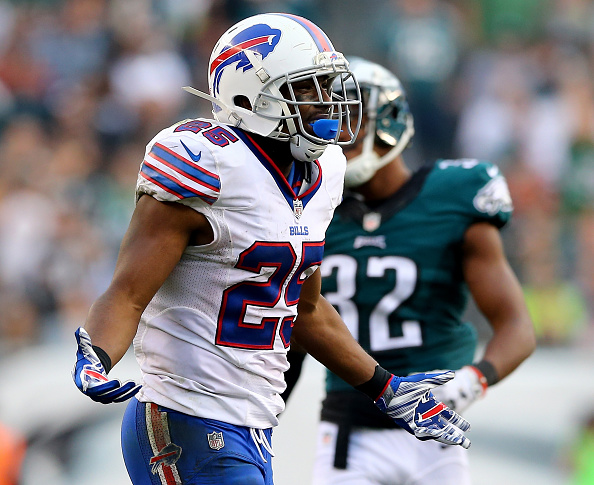 Buffalo Bills running back LeSean McCoy just cannot help himself when it comes to voicing his opinions on his former head coach in Philadelphia, Chip Kelly. Despite Kelly being fired by the Eagles toward the end of the 2015 regular season and relocating to San Francisco while Doug Pederson was brought in to coach the Eagles, McCoy is still sharing his opinions on Kelly.

During an interview with NFL Network, McCoy sounded off with his take s on Chip Kelly, where the relationship between the former Eagles coach and former Eagles running back went south and more.

“I guess he thought that it would be better if DeMarco [Murray] was there, and that’s how the trade went. I can’t really answer that question, how he felt. But at the end of the day, we all know the results. He got rid of me and got [Murray]. He felt like that was best for that offense, so that’s how that went, just to be honest.”

As we know by now, it did not go as well as Chip may have hoped. DeMarco Murray’s best game came in the one week after Chip was let go as head coach. For much of the season, Murray struggled to have any room to run behind a dismantled offensive line that was ripped apart by GM moves led by Kelly. Linebacker Kiko Alonso, who was acquired in the trade that sent McCoy to Buffalo, was also a bit of a disaster all season long for the Eagles defense between injuries and a general lack of defensive skill.

The relationship between Chip and McCoy was well-documented this past season, but McCoy was rational with his assessment of the new 49ers head coach.

“Chip is … he wants to win. He’s very, very intelligent,” McCoy said. “The offense, they’ll find ways to get big numbers. They’ll find ways to put stats up offensively. You just got to, I think, with him coming in there, no matter how good of a player or lower of a player you are, if you just automatically believe him — no matter if it sounds crazy and you’re like, ‘What is he talking about?’ — if you just automatically believe and buy in, I think you’ll be fine.”

It is no secret McCoy was not one to buy all in on the Chip Kelly way of coaching. After one season in Buffalo with Rex Ryan, McCoy offered his take on the differences between his two most recent head coaches.

“I think Rex definitely has that NFL [attitude], ‘Guys, be men, be veterans.’ But also, in his credit, he’s played and coached with guys like Ray Lewis. You look at [Bart] Scott and all different players that were veterans, [Darrelle] Revis, guys that were leaders. You kind of let the leaders, the veterans, lead, then you have your troops, your soldiers that follow.

“I think Chip is kind of the opposite. I think he’s the guy that dictates how everything is supposed to go and push everything out like that.”

Now that the 2015 season has been played, here’s hoping we can finally put to rest any conversations involving both McCoy and Kelly. That chapter has been written in ink and is no longer in need of any updates.

Hey Kevin, the Buffalo Bills are locked in to host the San Francisco 49ers during the 2016 season.

Oh for crying out loud, we’re going to do this all over again in the fall, aren’t we?