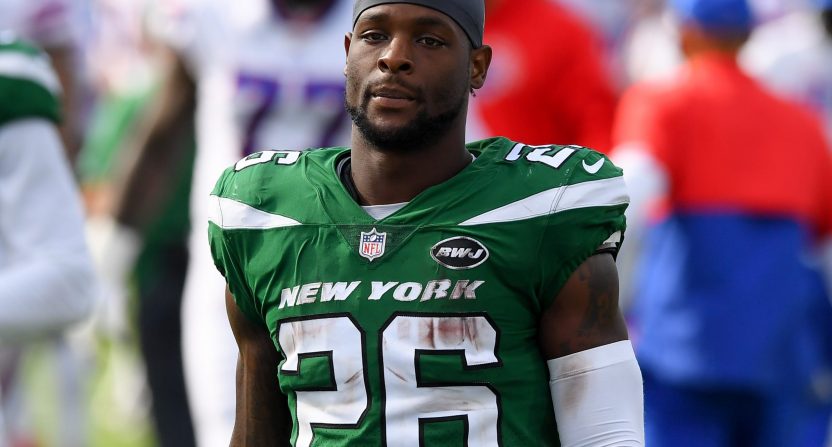 Rumored to be one of the likeliest destinations for Le’Veon Bell since the Jets released him earlier this week, the running back is reportedly set to sign a one-year deal with the Kansas City Chiefs.

Bell will join a Chiefs backfield that has so far relied heavily on rookie back Clyde Edwards-Helaire, who has 81 carries through five games. The next highest total for a running back is 11.

But Bell doesn’t only offer the Chiefs veteran depth. There stats that suggest he’s going to a system that is perfect for his particular set of skills out of the backfield.

Le'Veon Bell should be given more space to succeed with the Chiefs, as the Chiefs have the 3rd-highest expected rush yards/carry this season.

On top of whatever boost that has to go to any athlete who escapes Adam Gase’s Jets and the Chiefs could be adding a very useful player here. Obviously Bell might never again be what he was in Pittsburgh, but asking an aging running back to be one of the most dynamic players in football is always a tough thing.

Instead, the Chiefs should be able to work Bell in ahead of the postseason, while also providing insurance if Edwards-Helaire either gets hurt or hits a rookie wall. Considering the cost (presumably a minimum-ish deal for one season), this is a no-brainer for Kansas City.

For Bell, it puts him on a winning team for the remainder of the year, gives him a chance at a deep playoff run, and he’ll get to showcase what he has ahead of hitting the open market this offseason in a system that can actually let him do that. There’s no downside here for anyone.

Except the Jets, of course, who are on the hook for most of Bell’s salary. So that’s on brand!