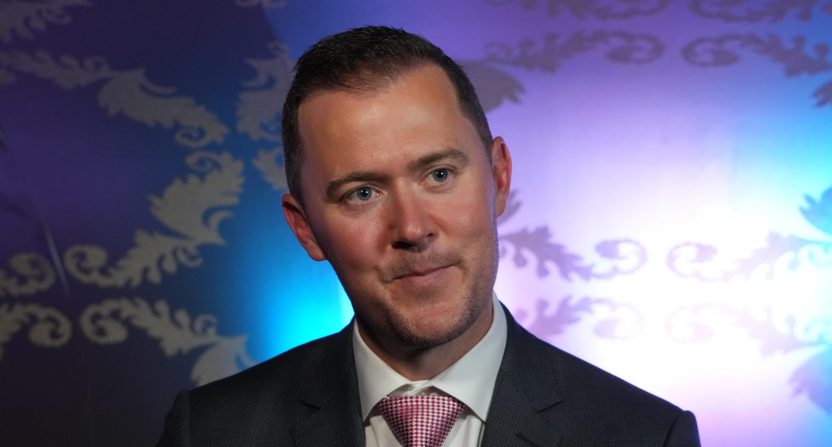 Kyler Murray’s work ethic has been a topic of discussion in recent days but one person who doesn’t think the Arizona Cardinals quarterback needs to work harder is his former college football coach, Lincoln Riley.

After a very protracted negotiation, the two sides agreed to terms on a massive contract extension that will keep the two-time Pro Bowl quarterback with the team through the 2028-29 NFL season. However, it was soon noted that there was an addendum in Murray’s contract that requires him to do four hours of “independent study” per game week.

The clause also said that Murray would have to do an “independent film study,” which is material provided by the team aside from the mandatory meeting throughout the week during the season.

There was a strong reaction to the clause, which made some NFL fans wonder if Murray’s work ethic was so lacking that the team needed to require him to study harder. Murray lashed out at critics on Thursday for being disrespectful and the Cardinals announced they were removing the clause from the contract soon after, citing that it had become a distraction.

USC head coach Lincoln Riley was previously the head coach for the Oklahoma Sooners and he coached Murray there. Riley was asked on Friday during Pac-12 Media Days whether or not he ever worried about Kyler’s work ethic and his response was pretty definitive.

USC's Lincoln Riley on former OU QB Kyler Murray's work ethic: "Yes, I was concerned. I was concerned he would burn himself out. He pushes the limits. He loves football. He loves to compete & win. I never worried about the amount of preparation he put in."

“Yes, I was concerned,” said Riley. “I was concerned he would burn himself out. He pushes the limits. He loves football. He loves to compete & win. I never worried about the amount of preparation he put in.”

Given the success that he’s seen on the field in college football and the NFL, it’s hard to argue with Murray’s efforts. And any concerns about his ability to perform at a high level might have to be chalked up to the unfortunate double-standard that many Black quarterbacks are faced with in spite of their success.