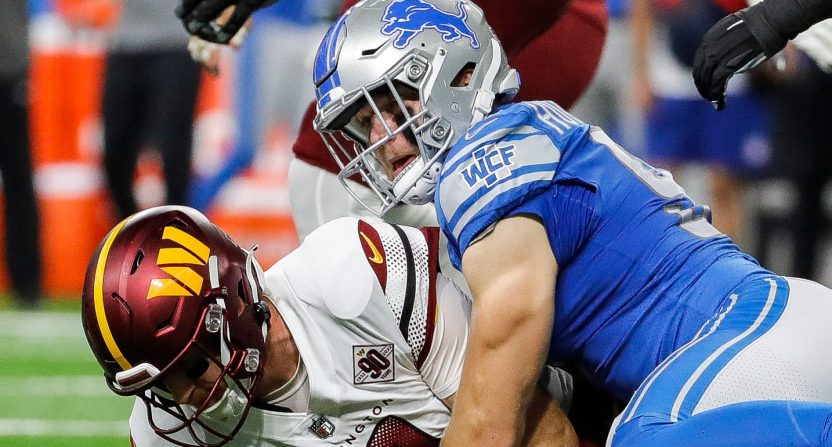 The Washington Commanders went viral for all the wrong reasons last week when photos surfaced of mugs sold at the team shop featuring an outline of the state of Washington – not Washington D.C., where the Commanders are located. The NFL world promptly blasted them for the mishap, and the Detroit Lions got in on the fun on Tuesday.

After beating Washington 36-27 on Sunday afternoon, the Lions decided to troll the Commanders a little bit to celebrate the big win.

On Monday, Detroit Tweeted a photo of a mug featuring the Washington Commanders logo along with the outline of the state of Michigan, poking fun at the Commanders’ viral mug mistake from the previous week. The caption read “that Victory Monday coffee hits different.”

It was a hilarious troll attempt that has since gone viral. Naturally, the NFL world had a lot to say about it, with many praising the team’s creative trash talk.

This is quite the troll. https://t.co/7wsrxOTRLp

When the Lions are trolling you, you're really bad. https://t.co/mk3VQJINnz

This is petty… but I respect it. https://t.co/iuYaSnKMnF

On one hand, it does seem a little mean-spirited to rub salt in the wound after already winning the game. On the other hand, Washington could have avoided this by either winning the game or simply not selling the embarrassing mugs. They can only blame themselves for this.