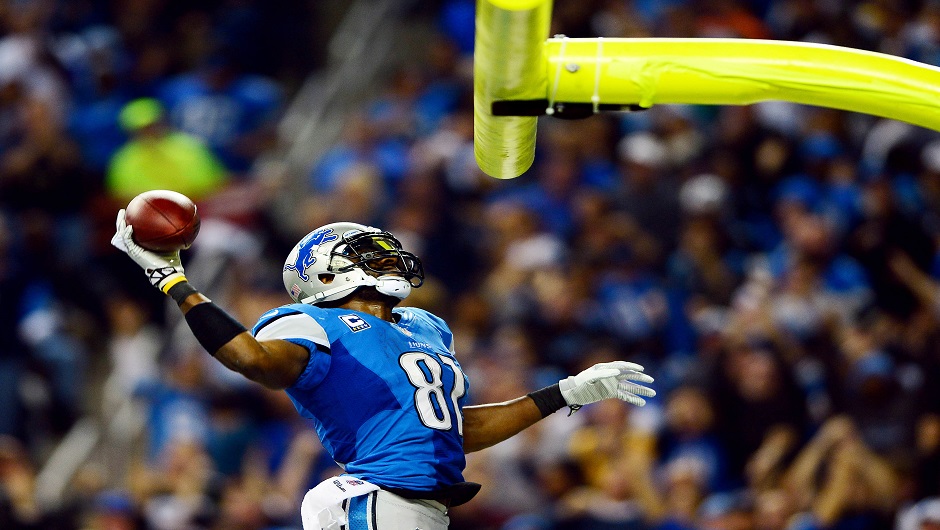 We’re not entirely sure what it is that happens to superstars when they play for the Detroit Lions but we do know that it seems to make them want to walk away from legendary NFL careers before one would expect.

Perhaps following in the footsteps of Barry Sanders, Lions wide receiver Calvin Johnson is considering retiring after nine seasons in the NFL.

Detroit radio host Terry Foster wrote on CBS Detroit Tuesday saying that Johnson has been pondering whether or not to retire from his career as one of the league’s best wideouts but has also seen his body take tons of punishment.

A Lions sideline reporter asked Johnson an interesting question after the Bears game. He told Johnson that he loves it here and wants to return. Right?

“I love Detroit,” Johnson said. “Let’s leave it at that.”

That is hardly a ringing endorsement to return to the Lions.

Johnson is 30 years old and his body is beaten up. He does not practice any more and he can barely move after games. He has a young man’s body, but an old NFL body. I would have no problem with Johnson retiring. Lions fans should support him if that is what he wants to do. You just don’t realize how tough it is to play nine years in the NFL.

The Detroit Free Press reached out to a former teammate of Johnson’s who echoed the sentiment.

“There has been some conversations about it, not asking me how it is,” said one former teammate who asked to remain anonymous because of the personal nature of his talks with Johnson. “But I think the guy’s beat up. I think he’s been through enough. And I think it’s just his time. He’s made the money, got the records, but whatever. I don’t know for sure if he’s going to do it. I don’t know if he’s going to get that itch to keep going. I really don’t know.”

While still considered one of the best receivers in the game, Megatron’s numbers have diminished since setting a single-season record with 1,964 yards receiving three years ago in large part thanks to injuries. In spite of that, he’s still coming off a year in which he caught 88 passes for 1,214 yards and nine touchdowns. Hardly the kind of numbers that signal someone’s best days are behind them. 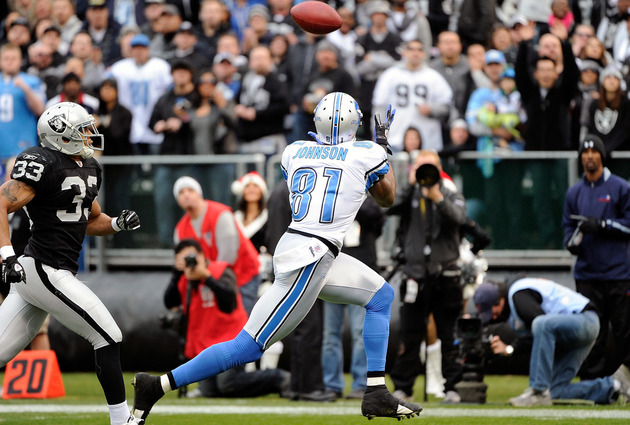 Johnson currently has  two years left on the $132 million contract extension he signed in 2012 and some speculate that he and Lions could come to some kind of deal that helps their salary cap. Otherwise, if Johnson does retire, the franchise could ask for repayment of his bonus money earned.

In light of the news, Johnson released a statement via Twitter that confirmed the discussions.

Statement from Calvin Johnson: “Like many players at this stage of their career, I am currently evaluating options for my future.”

“I would expect to have a decision regarding this matter in the not-too-distant future.” — Tim Twentyman (@ttwentyman) January 6, 2016

That was followed by a statement from the Detroit Lions organization:

Statement from Lions: “We obviously have profound respect for Calvin and certainly understand and appreciate his decision… (cont)

…to give proper thought and consideration to his football future.” — Tim Twentyman (@ttwentyman) January 6, 2016

The Lions are coming off of a disappointing 7-9 finish a year removed from a playoff berth. To lose Johnson would increase the disappoint Lions fans feel tenfold and bring back that old familiar questions about what comes next for this beleaguered franchise.