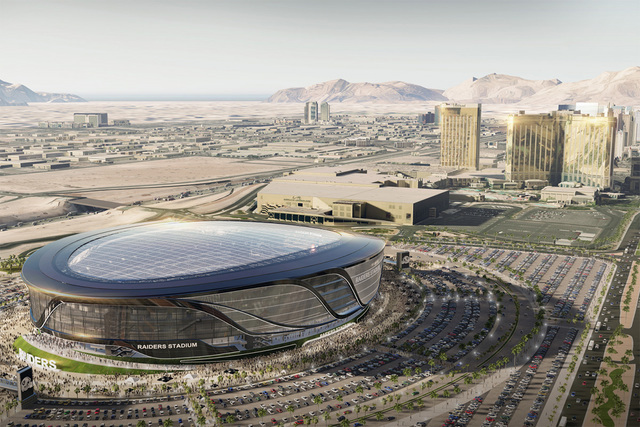 It may not come as a complete shock given the typical requirements of a Super Bowl host city but now that finally have football, the cities of Las Vegas and Los Angeles are expected to be entering the rotation of host cities for the Super Bowl.

Instead of a bid process, the NFL is expected to do a rotation of NFL cities who will host future Super Bowls. This process isn’t expected to start for a few years as Super Bowls LVII (57) and LVIII (58) are expected to be given to Arizona and New Orleans in 2023 and 2024. So according to Pro Football Talk, the rotation would start with Super Bowl LIX (59) in 2025 with Vegas or LA hosting that.

Los Angeles has hosted plenty of Super Bowls and they will host one in 2022 at the yet to be completed LA Stadium but Las Vegas has obviously never hosted a Super Bowl. Given that the general view on legalized gambling and sports betting has become more positive in recent years, it’s no longer taboo to separate sport and sports betting. With the Raiders moving in next year, Vegas becomes a no-brainer when it comes to being a Super Bowl host city.

Vegas is going to have a brand new, state-of-the-art stadium and in a city where it’ll be warm for February and has a roof. More importantly, it’s going to be a city that will have entertainment throughout the week for VIP’s, executives, media and fans. It’s a perfect storm and according to PFT, had a source that said they feel the reaction will be, “Why don’t we have it here every year?”

With this new rotation, it won’t be every year, but it would be every four or five years. In addition to LA and Vegas, Miami is speculated as a likely candidate for a spot while the fourth and final permanent spot comes down to Arizona or New Orleans. The fifth spot will be a “wild card” spot for different cities each time with the usual hosts like Tampa, Houston, Dallas and Atlanta as likely contenders.