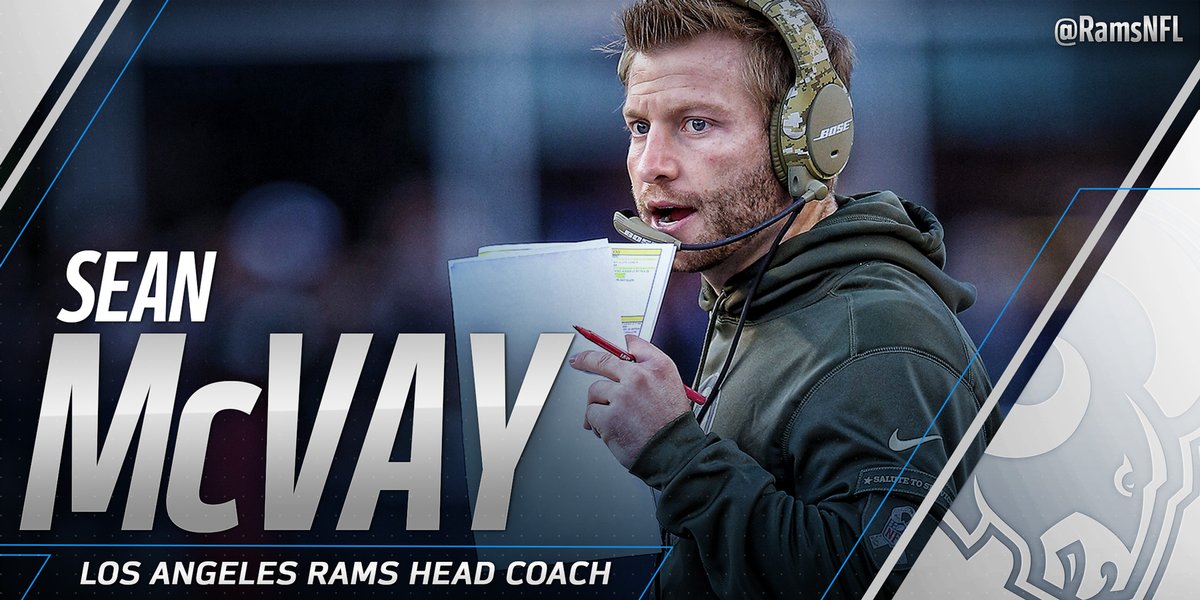 When someone tells you they are dating someone well outside their age range, the normal response is “Oh, but age is just a number” or something along those lines.

Apparently, that is the line the Los Angeles Rams are going with, as they are hiring soon-to-be 31-year old Sean McVay as their new head coach

No seriously, a guy who has not even turned the dial over from the age of 30 is about to take charge of the Los Angeles Rams. He’s not the new offensive coordinator, but the actual head coach, folks.

If this doesn’t scream of a very Stan Kroenke-like move, I don’t know what does.

McVay has been a coach on a rocket up the NFL ladder though, having already spent the last three seasons as the Washington Redskins offensive coordinator after just a few years working as an offensive assistant in the league in total.

In fact, McVay has come to the Rams as a highly-rated quarterback guru. He’s the one that is credited with the rise of Kirk Cousins in Washington, D.C., despite plenty of angst over the past few years over whether he was the “right” man for the job.

Therein likely lies his tie to becoming the head coach, with the Rams needing a guru to help give former 1st overall draft pick Jared Goff a chance to succeed.

McVay isn’t without pedigree himself though, as he is the grandson of former San Francisco 49ers general manager John McVay. You know, the guy who built five Super Bowl-winning teams and has his name in the draft room of the 49ers team facility?

Perhaps he is just simply destined for NFL greatness given his last name…or perhaps Stan Kroenke is just a crazy man who wants what he wants regardless of the outcome down the road (and judging by his recent history that is very likely).

It isn’t like there is a history of young coaches absolutely stinking as NFL coaches or anything.

Let’s think back to the last time a team decided to go this young in the NFL. It was a team very familiar to the LA area — the Raiders. It was also a coach by the name of Lane Kiffin, and we all know how that disaster of a hire panned out.

What about some guy named Josh McDaniels? Oh, don’t you worry, the Rams weren’t turned off by his failure in Denver, as he was in the mix for this job as well.

Will some 34-year-old offensive lineman really respect the words coming out of the mouth of a guy who hasn’t been in the league for as long as said player has been? Is the youthful energy of McVay something this team needs?

Naturally, time will tell on the competency of the hire overall. But for now, let’s all marvel at the fact that someone closer to his college days than retirement is about to become an actual NFL head coach. Times are certainly changing in the rigid NFL, that’s for sure.

Let it all soak in, and then perhaps shake your head, laugh and realize it is the joke that has become the Los Angeles Rams. Only in Los Angeles could this make sense, right?