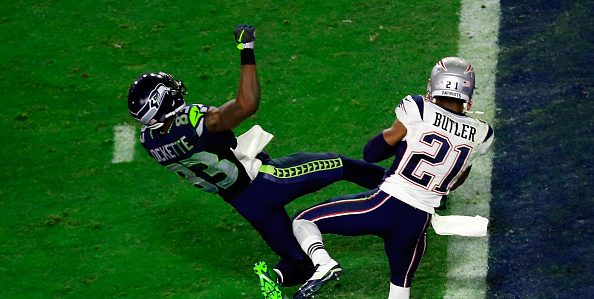 Malcolm Butler’s interception at the goal line in the final minute of Super Bowl XLIX made him a hero for the New England Patriots. Now, he’s getting a hero’s welcome back into the organization as the cornerback returns on a two-year deal worth up to $9 million, per ESPN.

Butler left the Patriots in 2018 to sign a five-year, $61 million contract with the Tennessee Titans. He was released in 2021 before signing a one-year contract with the Arizona Cardinals last year. However, Butler decided to retire due to personal reasons in August and the Cardinals formally released him last month. Almost immediately, reports that the 32-year-old might return to the franchise where he made his biggest impact cropped up. And now it’s official.

His return to New England might finally help everyone learn why Butler was benched in the team’s 41-33 loss to the Philadelphia Eagles in Super Bowl LII. Head coach Bill Belichick never gave a detailed explanation for why Butler only appeared on special teams in that game.

In his seven active seasons in the NFL, Butler has garnered 406 total tackles, 17 interceptions, and two pick-six touchdowns.

News that the Patriots’ Super Bowl hero was heading back to the team elicited some big reactions from around the NFL world.

Was told that Malcolm Butler is genuinely thrilled to return to Foxborough. And the fact that he has a 2-year contract should allow him to minimize distractions.

What a story, to see Butler come full circle with the Patriots.

Malcolm Butler is back with the #Patriots after sitting out the season in 2021. Incredible. https://t.co/gavT8TKYgm

We live in a simulation https://t.co/eTKKPqlJsh

From #SuperBowl hero…to benched in the Super Bowl…to returning home to the #Patriots after landing a huge payday elsewhere.