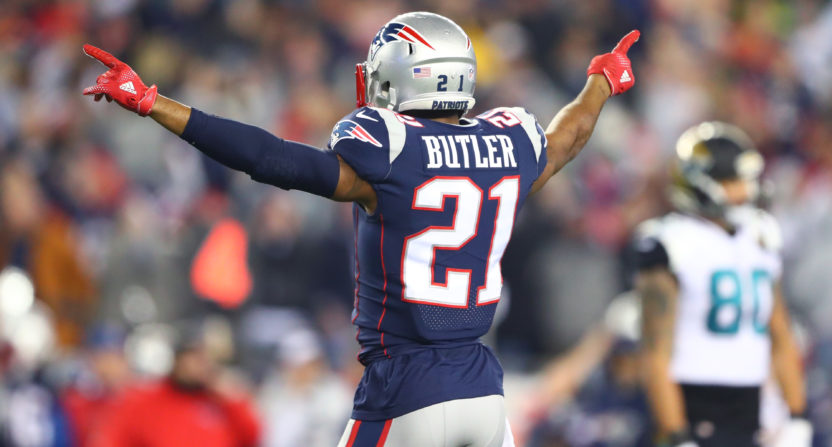 Malcolm Butler has all sorts of cause to be peeved with Bill Belichick.

For reasons that remain unclear and unconvincing six weeks later, the Patriots coach benched his star cornerback entering the Super Bowl, without telling Butler why. New England then lost in part because the Eagles relentlessly picked on Butler’s replacement, Eric Rowe, while Butler watched helplessly. If Butler, who signed with the Tennessee Titans on Tuesday for $61 million over five years, wanted to be bitter toward his former team and coach, he would be well within his rights.

But instead, Butler continues to be remarkably gracious. In an interview with the Boston Herald’s Jeff Howe published Wednesday, Butler absolved Belichick of his error.

“I never got a reason,” Butler told the Herald. “I feel like this was the reason: I got kind of sick. I went to the hospital. They probably thought I was kind of late on the game plan; I wasn’t as locked in as I should be and could have been a matchup deal. It could have been anything. But Bill Belichick has been doing this for a very long time. He took a veteran out of Super Bowl XLIX (against the Seahawks) and put in a first-year rookie, and that turned out right, so you could never question his decision. It didn’t work out right (against the Eagles). It didn’t work out the best for me or him or the New England Patriots. But I can say he won more than he lost, so it is what it is. I always have love for New England, Bill Belichick, Mr. Kraft, all those guys. Life just goes on.”

The cornerback reiterated several times that he still feels positively toward the Patriots’ organization.

“I’ll always have love for New England,” Butler said. “From the custodians to Belichick, all the way to Mr. Kraft, I love those guys, my teammates. I like everything about New England, especially the fans. Those fans, they really had love for me and they still do. I will always remember where I came from, and I never could forget.”

Butler was justifiably angry in the immediate aftermath of the Super Bowl, telling ESPN, “They gave up on me. Fuck.” But he quickly dialed back his frustration, even as rumors flew about him violating team rules, and posted a touching note on Instagram that earned likes from numerous teammates, including Tom Brady. The interview with the Herald was yet another expression of forgiveness.

Butler endured a brutal indignity in front of more than a hundred million viewers, then publicly forgave the guy who wronged him. May we all be so graceful.