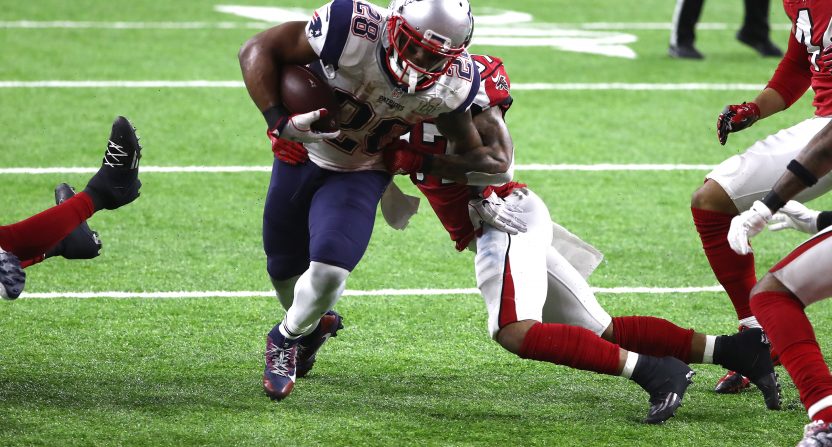 After the New England Patriots miraculously came back to defeat the Atlanta Falcons in Super Bowl LI, many fans took issue with the current overtime rule that allowed the Patriots to win without giving the Falcons a chance on offense to tie or win. Is that because the rule is actually flawed and there is a better solution out there? Or did fans suddenly hate the rule because their team didn’t win?

After the Super Bowl, many fans complained about the NFL’s overtime format, namely because the Falcons didn’t get a chance to score. This despite the Falcons blowing a 25-point lead during which they could have had multiple attempts to win.

I HATE HATE HATE NFL OVERTIME!!!NFL MVP doesn’t even get on the field in OT! Imagine if we had college OT for this game, what a show!!

Thats why NFL needs to go to College Overtime rules….

This rule came into effect after the 2010 NFL Playoffs, due to a similar situation that happened on Sunday. Controversy ensued after the New Orleans Saints won the coin toss and kicked a field goal to defeat Brett Favre and the Minnesota Vikings to go to Super Bowl XLIV. The NFL passed the current overtime rules as a way to incentivize teams to score a touchdown to win, rather than play very conservative football once they get into field goal range and win the game.

While many are speaking up now about the drawbacks of the current overtime format, there have been multiple times this season when the overtime rules have largely failed, namely in the amount of tie games we have had in the NFL this year. Granted, there were only two ties this season, but one was an incredibly boring Seahawks-Cardinals 6-6 contest on a Sunday night while the other tie was a 27-27 game between the Redskins and Bengals in London. Both were nationally televised games and both games were rather dreadful.

While the current overtime format was an improvement over the old rules, they certainly aren’t all they could be. When the rules were unveiled, it seemed more like putting a band-aid on the solution rather than actually fixing the solution. And it’s come at the forefront of one of the biggest games in NFL history.

JAMES WHITE WINS IT FOR THE @PATRIOTS!

WHAT A GAME! #SB51 #PATRIOTS https://t.co/nZzQJGWRmC

Those looking for change in the NFL’s overtime format point to the college football overtime system. In college, the overtime period isn’t timed and each team starts at the 25-yard line. Each team gets an equal opportunity to score and after the third overtime, teams are required to go for two. This eliminates the ability for a tie game, makes the overtime period more exciting and gives each team a guaranteed chance to score. The NFL should have adopted this system instead of going to a rather convoluted system that actually increases the likelihood for more ties.

While that fixes just about every issue NFL fans have with the current overtime format, it’s unlikely that the NFL will adopt this system. The league wants to be the one making the rules, not adopting other rules that other organizations have made. On very rare occasions has the NFL passed rules that were originally designed for college football.

But despite all this, the Patriots won the Super Bowl under the current overtime system. If Falcons fans didn’t already hate the overtime format, they are clearly upset that regular season MVP Matt Ryan didn’t get a chance to win in overtime. And I’m sure if the roles were reversed and the Falcons won the Super Bowl in overtime on just one possession, Patriots fans would be hating the overtime format instead.

For Patriots and Falcons fans who were personally affected by the current NFL overtime format, it would be easy and likely to believe that their opinion would be shaped on the result of last night’s game. To neutral fans like myself, congrats to the Patriots for the win, but the NFL really needs to change how it does overtime and do so as soon as possible.