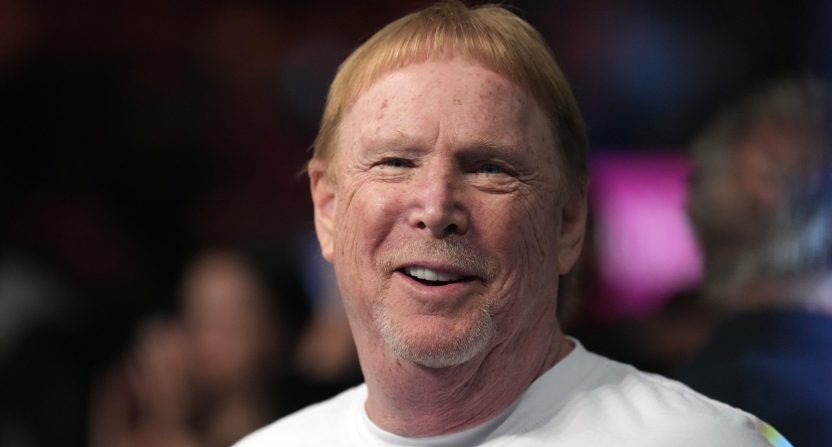 On Thursday night, fans were treated to the annual preseason Hall of Fame game in Canton, Ohio between the Jacksonville Jaguars and the Las Vegas Raiders.

Football is finally back!

Folks on social media had a blast at the expense of Davis’ candid camera moment.

Mark Davis killing those wings. Not mad at him. pic.twitter.com/xksUjLDZcj

Nothing says “Football is back” like Mark Davis crushing some chicken wings! pic.twitter.com/3wP7NUYHeT

God bless the cameraman and NBC producer who decided to cut to Mark Davis while he was eating chicken wings. MVPs.

Mark Davis eating chicken wings in his box means football is BACK pic.twitter.com/ufaczvgHKt

Good to see a man whose reported net worth is $750 million according to Celebritynetworth is just like us average joes.

As for his team, expectations are very high this season after hiring new head coach Josh McDaniels and the addition of stud wideout Davante Adams in the offseason. General manager Dave Ziegler, who is also in his first year has put together a roster that is ready to reach the playoffs again.

Last season was a tumultuous one for the silver and black. Jon Gruden resigned in October after a league investigation found emails that contained homophobic slurs and direct insults at NFLPA president DeMaurice Smith and former NFL safety Eric Reid.

To make things worse, their up-and-coming wide receiver Henry Ruggs III got into a fatal car accident in November, killing a young woman after driving at a speed of 156 MPH.

According to FanDuel Sportsbook, Vegas has an over/under of 8.5 wins in 2022.