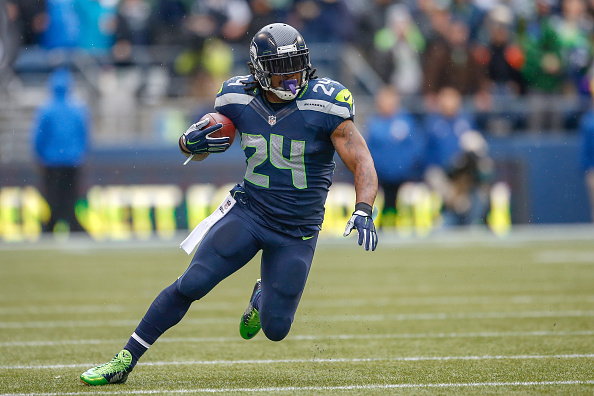 The Seattle Seahawks are one of the NFL’s hottest teams entering the playoffs, with wins in six of their last seven games, and their most recent game being a dominating 36-6 win over the NFC’s No. 2-seeded Arizona Cardinals.

Over those seven games, Russell Wilson threw for 24 touchdowns and just one interception. He finished the season as the NFL’s leader in passer rating at 110.1. Wilson has never played better, and that’s saying something given that he already has a Super Bowl ring and two Super Bowl appearances.

Well, the Seahawks and their offense may now become even more dangerous, as it looks like they’re going to get ‘Beast Mode’ back for the playoffs. Head coach Pete Carroll said on Monday that star running back Marshawn Lynch is set to return for the team’s wild-card game this weekend against the Minnesota Vikings:

Carroll on RB Marshawn Lynch: “He’s ready to go.” Lynch will practice Wednesday with the hope he can play Sunday. #SEAvsMIN

“He’s ready to go,” Carroll said. “He’s in the program, going, working, and he’s going to keep doing his workouts here with us today and tomorrow. And Wednesday, we’re going to practice and see how he feels and how far he can take it. He’s worked out in incredibly competitive situations. He, physically, should be ready to go, but now we’ve got to translate it into football and directly to us. I’m not worried about him having any problem with the system or any of that kind of stuff. It’s been a while, but he’ll be fine. So we’ll just see if he can handle it and expect that he will.”

“He feels good now,” Carroll said. “That’s why he’s back. He wouldn’t be here if he didn’t feel like he could go, so he’s ready to rock. We’ll just have to find out what it looks like. I really think it’s going to be just fine. I’m not really worried about it at all.”

Lynch returned to practice on Monday after not playing since November 15th due to abdominal surgery. The 29-year-old ran for 417 yards and three touchdowns on 111 carries (3.8 avg) before going down with the injury.

Nobody knows what to expect of Lynch at this point, but even if he’s not full-on Beast Mode, he’s likely still an upgrade over the backs Seattle has used in recent weeks (Christine Michael, Bryce Brown, etc). Providing reliable balance to the offense could make Wilson even more difficult to stop in the passing game, too.

Lynch has also been known to take it up a notch in the playoffs (Hey, just looking for an excuse to post this video because you can never watch it enough times):