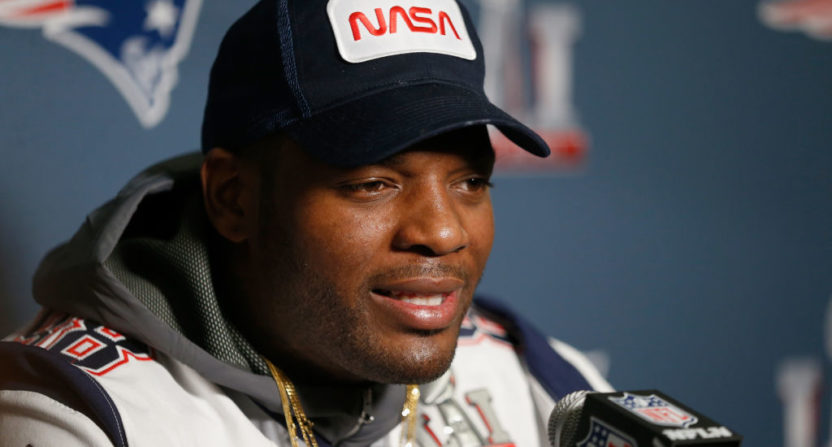 On Monday, Bennett provided the world with another example of that:

I hope All these young cats that are willing to die for the game of football find a higher purpose in life.

Look football is great but I ain't dying for this shit. Lol.

These quotes seemingly came out of nowhere, until you see the Jamal Adams story from earlier on Monday.

Jets rookie Jamal Adams was asked about CTE at fan forum says "perfect place to die" would be on football field. Fans applaud.Uncomfortable.

Ah, yes; now this all makes sense. Adams saying the football field is a “perfect place to die” is something that would result in a Bennett quote such as “I ain’t dying for this shit. Lol.”

Even Bennett’s brother chimed in with a similar thought!

Lol they dumb as hell for saying that shit

Just this past week a study came out in the New York Times stating 110 of 111 former NFL player brains studied had CTE and Ben Roethlisberger said CTE and that study could lead to him retiring after this upcoming season. In recent years, former NFL players have retired due to CTE.

With all of this in mind, it’s kind of odd to hear someone like Adams come out and say a football field would be a “perfect place to die.” Then again, Adams is a rookie (he was drafted sixth overall by the New York Jets in 2017) and has yet to face full grown NFL stars.

Oh and one more thing, the responses to Bennett’s tweet showcase how terrible and annoying people are.

easy to say after u made the money

So only reason you're playing is money? Big dose of karma coming…

But would you for a Klondike bar?

But while plenty of people responded with bad hot takes to Bennett’s tweet, some also responded with great points and showed that there are good people on Twitter.

Marty, you should teach a class for young NFL players about how to make good use of off-field time. You're already an inspiration.

Pro ball can't continue the way it is currently. With the amount of brain damage the recent study uncovered, it's not safe for ANY player.

You & Richard Sherman can be mentors to these young guys entering the league. Their brain is more important than the game of Football.