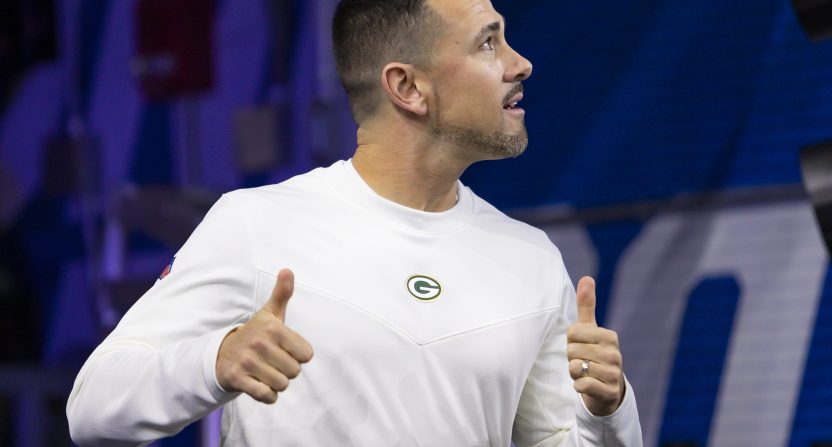 The Green Bay Packers had the advantage of a bye week so the top seed in the NFC sat back and watched the other teams in the conference beat and batter each other last weekend. The Packers wound up getting the San Francisco 49ers at Lambeau Field on Saturday night and while that was in question up until the final seconds of their game against the Cowboys, head coach Matt LaFleur already “anticipated” they were going to play the Niners.

Matt LaFleur was so confident that his team would be playing the 49ers that he revealed that he was preparing to play them during the Packers’ bye week. LaFleur noted that it’s “just the respect we have for them.”

Matt LaFleur says #Packers anticipated 49ers might be coming to Lambeau Field this week, so they started prep on them on bye last week. "That's just the respect we have for them."

Also lots of familiarity already: "There are certain things we know we want to do in every phase."

No doubt, the Packers were showing the 49ers respect by anticipating playing them but while LaFleur maybe didn’t realize it, he indirectly disrespected the Cowboys with those same comments.

Keep in mind, the Cowboys were not only the 3rd seed but played at home and were favored by 3 points over the 49ers. So it’s not like it was an expected runaway win for San Francisco. It’s also important to note that if the Cowboys had won, the Packers would’ve played the Rams but because the 49ers had to win in order to face them Packers, LaFleur’s comments still indirectly stung the Cowboys even if that wasn’t his intent.

Maybe that disrespect was warranted though given what happened atthe end of that game. Nevertheless, LaFleur’s instincts were correct and the Packers are in a much better position for Saturday night.