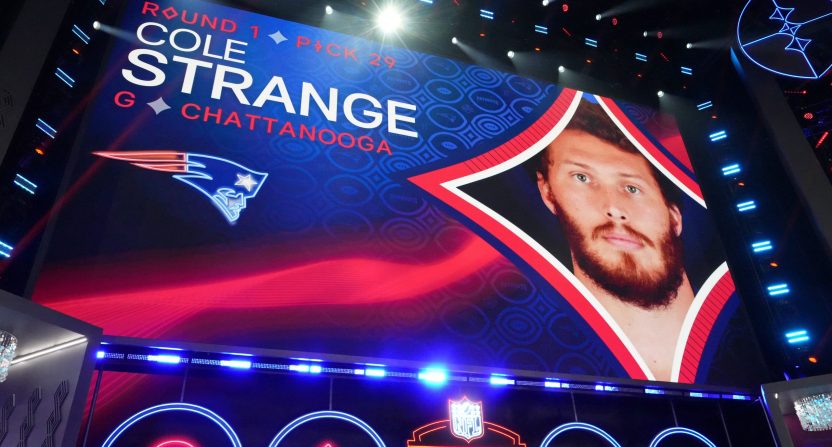 Now that the 2022 NFL Draft is over, it’s time for everyone to analyze the picks and decide who did a good job and who screwed up. ESPN’s NFL Draft expert Mel Kiper, Jr. has a pretty solid pick for the team he thinks had the worst draft performance of the year.

Kiper gave the Patriots his lowest score of any NFL team and tore into them and the man making the decisions.

“Are we allowed to question a draft from Bill Belichick?” asked Kiper. “The Patriots haven’t exactly lit it up over the past few Aprils, though the Mac Jones pick from 2021 appears to be a hit. I just don’t think they got value with their first two picks this year. Cole Strange (29) is a nice guard, but I didn’t see a first-round pick on tape. He likely would have been on the board when the Pats picked in the middle of Round 2. I know a hole opened up at guard when Shaq Mason was traded to the Bucs, but value matters in the draft and Strange needs to play at a Pro Bowl level for years to come to justify this selection.”

While Kiper isn’t the only one to question New England’s draft strategy this year, it’s a pretty strong assessment of Belichick, who might have seemed infallible just a couple of seasons ago even if his draft moves were debatable.

Of course, no one really knows how good or bad a draft class is for a few years so we’ll have to remember Kiper’s thoughts in 2025 and see if he was right. We’re guessing Patriots fans have already added this to their calendars.