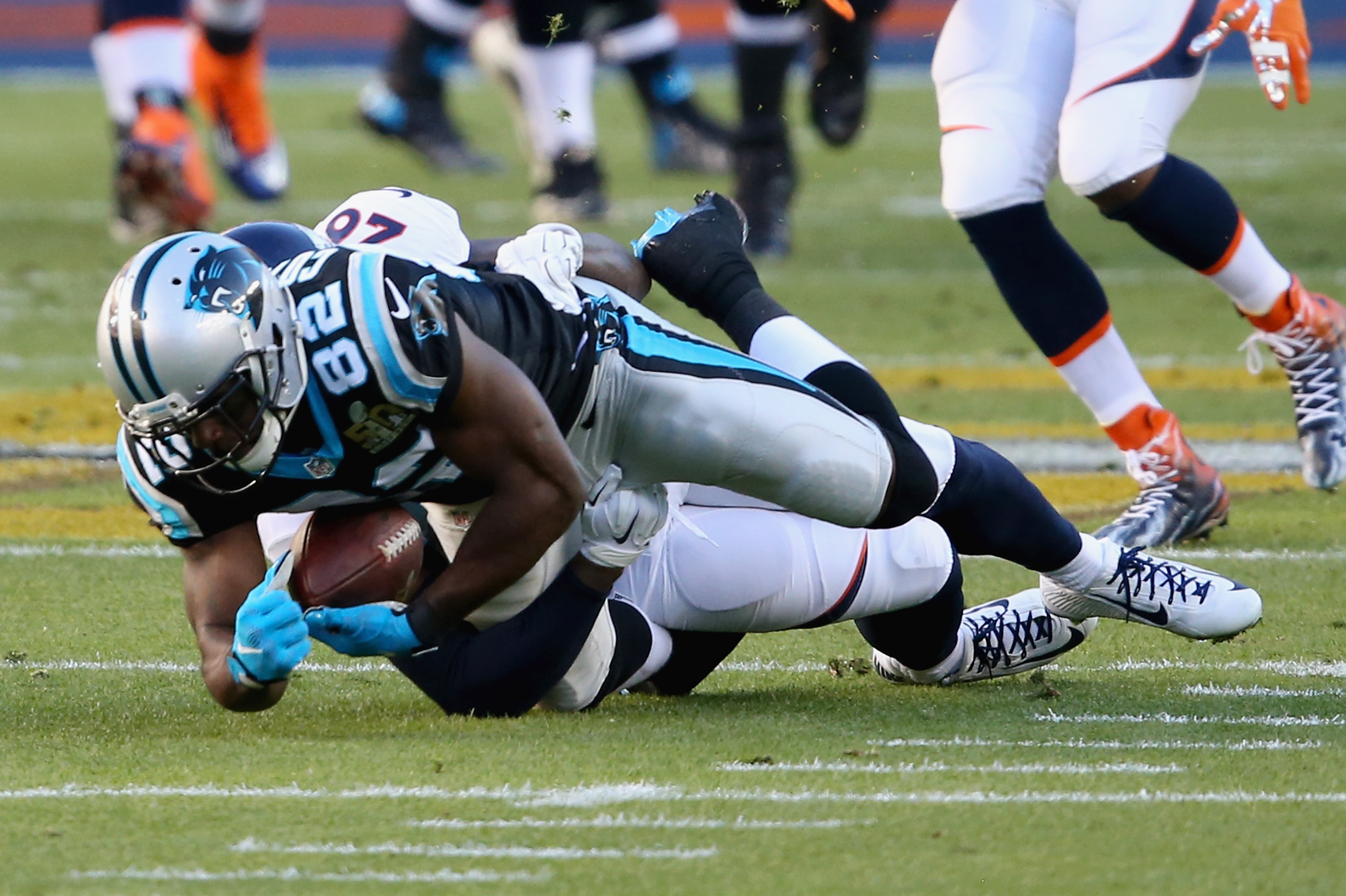 We have now reached the Thursday after the Super Bowl and some of us may still be trying to figure out how the NFL refs during the big game came to the conclusion Carolina Panthers wide receiver Jerricho Cotchery did not catch a pass in the first quarter.

Because the refs initially ruled the play was an incomplete pass, the refs needed 100 percent conclusive evidence the football was maintained by Cotchery before touching the ground. With that being the case, perhaps you can understand why the review ended up upholding the incompletion, although logic and common sense should carry more weight here. Each review angle shown appears to support the argument Cotchery did in fact have control of the football before it ever touched the ground. Even when it looks as though the ball is coming loose at the end of the play, Cotchery’s left hand grabs the ball and holds it up from the ground. As Cotchery is falling to the ground initially, his hand is clearly underneath the ball as well. This play now gets filed to the long list of controversial catches the NFL must find a way to address moving forward.

It just so happens the Super Bowl not only offers us more camera angles than any other game of the season, but more microphones as well. Inside the NFL reportedly had a microphone on Carolina Panthers head coach Ron Rivera, so we now can get a chance to hear the explanation from ref Clete Blakeman as he explained the logic for the ruling to the Panthers head coach, who made a solid point in the exchange. Per CBSSports.com;

Clete Blakeman: “There was not enough confirmation …”

Ron Rivera: “That’s the problem with there’s not enough confirmation, he had his hand under the ball.”

CB: “We couldn’t overturn it because …”

RR: “Right — if we had called it complete it’d stay complete right?”

Here we have an NFL official admit that if the original call was for a completed pass, the Panthers would have advanced the football (and who knows how much the game could have changed from there). Because the initial ruling was for an incomplete pass, and for whatever reason there was not conclusive enough video evidence, the initial ruling had to stand, even though the official said it would have remained a completed pass if that was the initial call. What’s the point of having instant replay if it is not going to lead to the correct call being made?

This is just the latest example of why instant replay can be a problem if officials are not allowed to use common sense along with video replay.