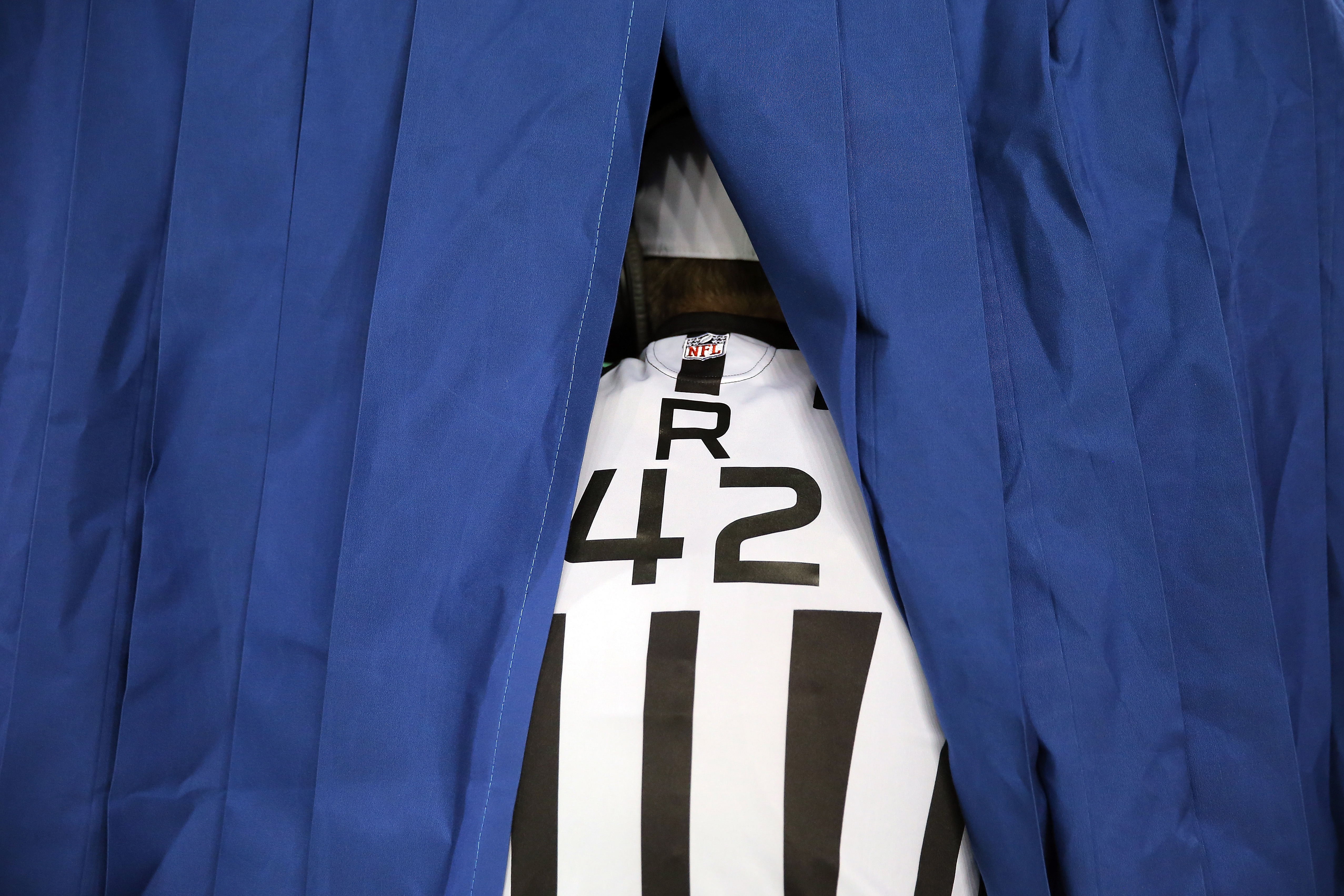 It would be nice if we could allow the refs to utilize every bit of technology made available to them in order to make the most accurate and correct calls on the field. But by rule there are limits as to what they can and cannot do when it comes to instant replay. According to NFL rules expert Mike Pereira, officials are ignoring some of those rules.

Pereira believes refs are sometimes using their wireless communications to receive information from the instant replay booth, outside of challenges or reviews during the last two minutes. This is in violation of league rules. Pereira notes that the influence of the replay official extends to judgment calls and spotting the football.

“They’re never going to come out and admit it because it’s not allowed in the rules,” he said. “I get that. And I’m not against the notion of trying to get as many calls right as you can, but my only concern is if the rulebook doesn’t allow you to do it— to me, there is a conflict. I get the side of trying to avoid controversy, but I’d rather the rulebook allow it first.”

Pereira used an example from Monday night’s game between the Ravens and Patriots to make his point, and it was a good one.

On first down, Ravens tailback Kenneth Dixon caught a short pass from quarterback Joe Flacco at the Patriots’ 30-yard line. Dixon stumbled as linebacker Kyle Van Noy attempted to tackle him, but Dixon regained his footing and made it to the 23-yard line.

Referee Ed Hochuli first marked the ball at the 23. Then he picked it up and placed it at the 27. Dixon’s right knee had touched the ground at the 27 when he stumbled, as an ESPN replay later showed.

Patriots coach Bill Belichick hadn’t challenged the play, and the teams were nearly two minutes away from the two-minute warning, after which the replay official is tasked with initiating all reviews. Pereira believes that Monday’s replay official, whom the official league game book identified as Tom Sifferman, told Hochuli that Dixon’s knee had touched the ground to help avoid a mistake.

We have the rules for a reason: to provide guidance on how the game should be governed and officiated. If the entire league agrees as a whole on the rules and procedures, then they should be followed as outlined in the rule book, and those found to be skirting around those rules should be held accountable. If rules need to be changed, there’s a formal process for the league to follow.

The NFL should work to integrate technology to help get as many calls right as possible. If they can do that seamlessly, minimizing the need for challenges and the ensuing stoppages in play, all the better. But as a billion-dollar enterprise with plenty riding on the outcome of games, transparency should be prioritized.