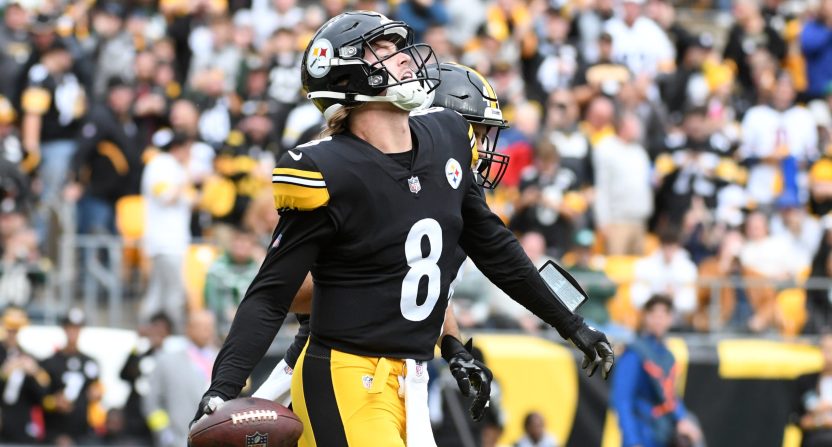 Pittsburgh Steelers fans finally got what they have been calling for, with rookie quarterback Kenny Pickett replacing the struggling Mitch Trubisky against the New York Jets on Sunday.

Pickett came into the game and immediately gave the Steelers a much-needed spark on offense, rushing for two touchdowns on the goal line.

He showed an instant connection with rookie receiver George Pickens, who had a breakout game on Sunday with 102 receiving yards.

It was far from a perfect debut for Pickett who had three interceptions in the Jets loss, but many believe that Pickett at least provided more production than Trubisky has shown in recent weeks.

Steelers head coach Mike Tomlin discussed Pickett’s debut along with the team’s plan at quarterback moving forward, where he was non-committal to starting either quarterback.

“We did what we needed to do to put ourselves in position to win this game,” said Tomlin. “We’ll do it again. I’d like to just keep it where we are in terms of what transpired here today. We’ll deal with next week next week.”

Tomlin has certainly been hesitant to make the change from Trubisky to Pickett, but it is at least encouraging that he realized that a change needed to be made on Sunday.

It is a difficult situation for Tomlin to be in. Trubisky is clearly not the answer for Pittsburgh, but Pickett may go through some real growing pains if he starts in his rookie season.

It certainly seems like giving Pickett a chance to learn under center is the correct option, but it remains to be seen if Mike Tomlin is fully ready to make that move.