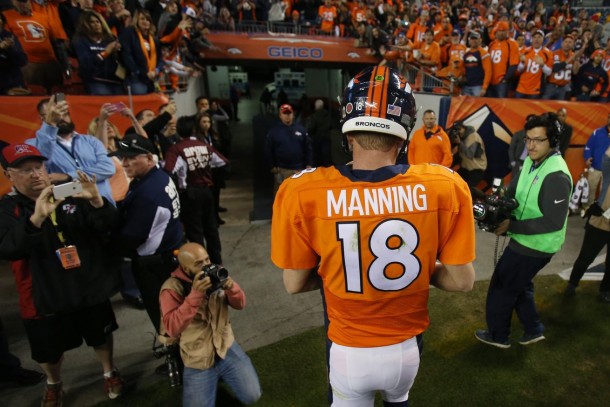 The decision is not yet official, but reportage from multiple outlets suggests it’s only a matter of time.

Peyton Manning — two-time Super Bowl champion, author of numerous NFL passing records, and a public figure shadowed by questions about his behavior — will soon announce his retirement as an NFL football player, according to Woody Paige of the Denver Post.

Fox Sports added to the sourcing on reports of Manning’s exit Saturday evening, saying that it’s not a matter of if, but when, the quarterback calls it quits.

Peyton has not made a decision on his future. Plan remains for him to continue talks with the team this week. https://t.co/2YcjDCCQSg

Yet, given the belief around the NFL that Peyton is done in Denver — a belief shared by Peyton’s father, Archie Manning — it is hard to absorb these reports and not conclude that the probable move will soon become official.

Manning is the Broncos’ second most successful quarterback after John Elway. If he does step away from his playing career in the coming days, Manning will join Elway in this respect: He’ll become another Bronco quarterback who won his last NFL game in a Super Bowl against a team from the current NFC South.

Unlike Elway, however, Manning will not enjoy a graceful exit at the top of his profession. His personal conduct — not in the present tense, but many years ago — has put him in a position which is shrouded by uncertainty.

On the field, Manning’s place in history is clear: Peyton’s body of achievement as a professional quarterback will long remain a standard by which peers and subsequent generations of quarterbacks are measured. If indeed this announcement comes by the end of next week, as Paige stated in his column, the waiting game will be over. Football analysts can assess Manning’s numbers in full. The official retirement, when it comes, will bring a fresh wave of analysis on matters of legacy, achievement and innovation.

In the meantime, talk of an impending retirement is unavoidably accompanied by more shadowy issues and tensions in Peyton’s life. 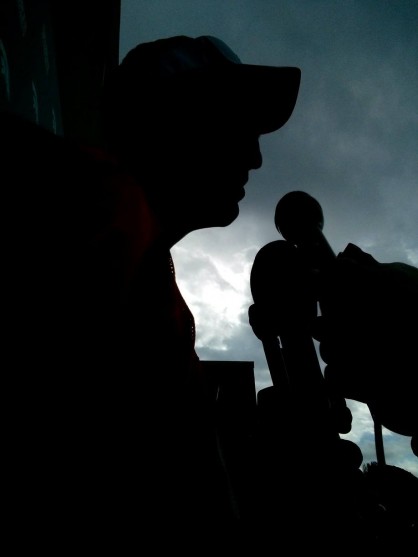 Any notions of a graceful exit for Manning frankly should have been blasted out of the water even before Super Bowl 50 began. Robert Silverman, wrote this story for The Daily Beast on February 1 — six days before the Super Bowl. Silverman covered much of the terrain Shaun King did for the New York Daily News. King’s report — poorly edited and filled with editorial commentary which was entirely unrelated to the matter at hand — was published on February 13, six days after Super Bowl 50. Yet, that story — unlike Silverman’s much more timely piece — somehow caught fire.

In the past few weeks, various developments in and around the University of Tennessee — where Manning not only played, but became entangled in contentious litigation flowing from alleged sexual misconduct — have only intensified the national spotlight on Manning’s behavior.

Should he announce his retirement in the coming days, Manning will have a chance to speak publicly on these recent events, especially those in Knoxville. Regardless of what he might (or might not) say, the idea that he could play the 2016 NFL season in a climate relatively free from unwanted distractions is hard to take seriously. That reality might have influenced his thought process here.

Then again, Manning certainly looked like a player whose arm and body were no longer able to deliver the level of performance he had established through the middle of the 2014 season, when injuries and age firmly and finally knocked him down a peg. Regardless of the storms that have gathered in his personal life, Manning’s future as an NFL quarterback was hard to envision in the first place. These off-field developments very probably made it easier for Peyton to call it a career.

At any rate, we’ll find out more in the coming week.