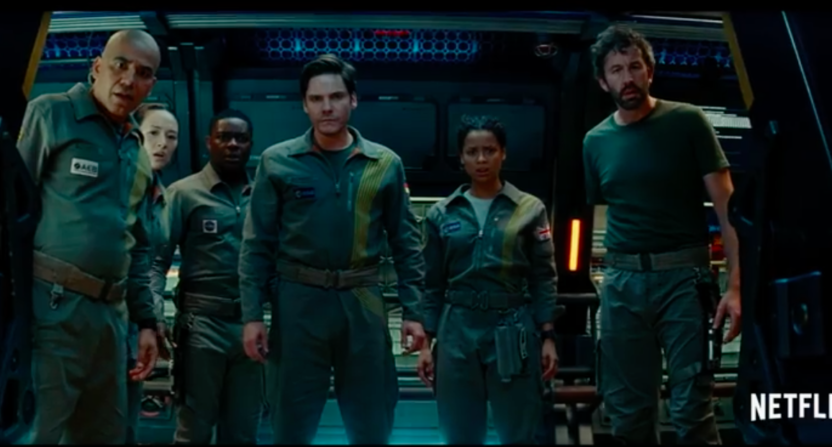 Immediately following the Super Bowl between the New England Patriots and Philadelphia Eagles, NBC will be broadcasting a morbid episode of This Is Us. Netflix has decided to do a little bit of surprise counterprogramming.

A commercial for the third Cloverfield movie, dubbed The Cloverfield Paradox, aired during the Super Bowl and announced that the film will premiere immediately following the game on Netflix.

As the tagline reads, “Ten years ago, some thing arrived. Today, find out why.”

Indeed, it’s been 10 years since the release of Cloverfield, which is remembered as much for its viral marketing campaign as it is for its found-footage style and monster. Still, it was a big hit and fans waited anxiously for a sequel. The second movie in the very loose series, 10 Cloverfield Lane, was released in 2016, grossing $110.2 million worldwide. The second one only somewhat tied in with the original and seemed to imply that the Cloverfield series was more of a thematic one than a continuity one.

There had been rumors of a third Cloverfield movie for some time but that film, which had been dubbed God Particle, seemed to be languishing in some kind of development hell. The Comeback’s Ian Casselberry explained what the film was supposedly about.

The third movie, once titled “God Particle,” was tweaked to fit into Cloverfield universe. It also had the title of “Cloverfield Station,” though that no longer appears to be the case. Starring David Oyelowo (Selma), Elizabeth Debicki (Guardians of the Galaxy), Daniel Bruhl (The Alienist) and Gugu Mbatha-Raw (Beyond the Lights), the story takes place on a space station where a team of astronauts conduct an experiment with a particle accelerator that makes Earth disappear.

The production cost $40 million, nearly twice what the original Cloverfield did. Getting away from a successful financial model, the movie reportedly needing some work (according to The Hollywood Reporter) and Abrams unable to devote much time to the project because of his commitment to directing Star Wars: Episode IX apparently has Paramount looking to cut its losses.

The rumor on the street was that following extensive reshoots and third-act changes, Paramount dumped the film with Netflix where it might be released soon. Apparently, the rumors were very true.

IT'S FUCKING DROPPING TONIGHT GET READY MY RESPECTED AND BELOVED FRIEND

We’ll have to watch the film to see how much it ties into the original’s mythology. Eagle-eyed viewers certainly remember the satellite crashing into the water at the end of the first film, which was supposedly the event that served as the catalyst for the monster’s arrival. Perhaps we’ll find out for sure tonight.