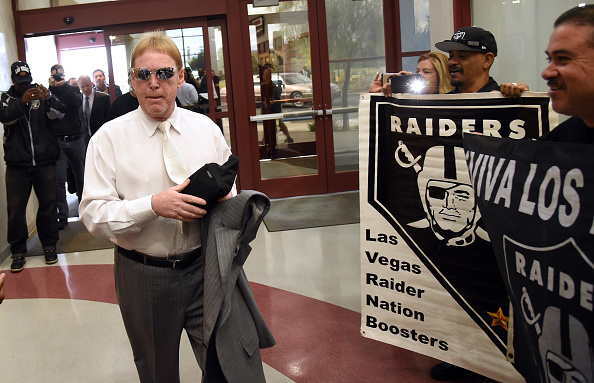 Though the NFL has yet to approve a potential Oakland Raiders move to Las Vegas, Monday’s latest news shows that the Raiders will have a stadium waiting for them whenever they are ready and able to move to the Sin City.

Nevada Gov. Brian Sandoval signed a bill that would raise taxes to build a stadium for a possible NFL team in a ceremony at the University of Nevada-Las Vegas on Monday. He was accompanied by many supporters and Raiders owner Mark Davis. The move pretty much assures that an NFL stadium will be built in Las Vegas, and it will presumably be for the Raiders whenever they can move.

The bill came to Sandoval on Monday after heated debates in the Nevada state legislature. However, the bill was able to make it to the governor and is now a thing that is actually happening.

This move has come after months of speculation. This deal would raise taxes to build a 65,000-seat domed stadium that would host the Raiders and the UNLV football team.

Despite the stadium bill being passed, the Raiders are stuck in Oakland until 2019 and the league’s owners have yet to approve a deal that would allow the team to relocate. However, Davis recently said that the vote by owners is just a “formality.”

As this process has gone along, it always seemed like a possibility that the Raiders would make the move into the Sin City. But now, it just feels that much more real. It’s hard to blame Davis and company when the team’s stadium is always a maintenance mess and doesn’t seem interested in building a replacement.