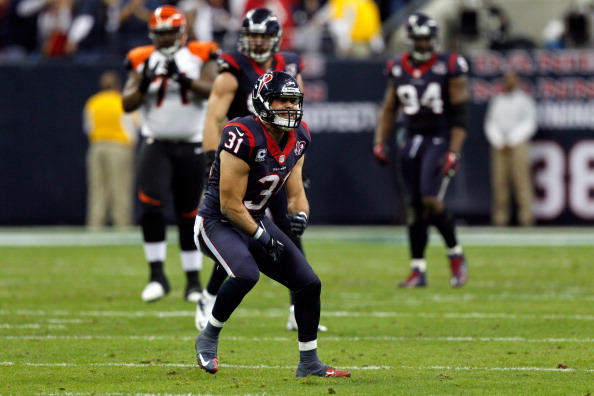 Tweeting your way into a job is becoming more common for professional athletes, and the latest example is newly-signed Denver Broncos’ defensive back Shiloh Keo. The Houston Texans selected Keo out of Idaho in the fifth round of the 2011 draft, and he spent three seasons there with current Broncos’ defensive coordinator Wade Phillips; Phillips was the Texans’ DC from 2011-2013 and also the team’s interim head coach in 2013. Meanwhile, Keo first made his mark on special teams in Houston (earning a selection as a captain in 2012) and then became their starting safety in 2013, displacing Ed Reed, but was cut early in 2014 after an injury. Keo signed a futures contract with Cincinnati in February, but was cut in September; he then tweeted at Phillips Dec. 1 after the Broncos elected to bring back safety Josh Bush.

@sonofbum didn't want to pick me up huh?

This led to a surprisingly nice conversation between the two:

@sonofbum I hear ya, still the same system tho. Little man is doing great. Keep me in mind tho if things don't pan out

As Claire McNear writes at SB Nation, Keo isn’t the first player to get a NFL opportunity through social media; others include LaVance Taylor, who received an invitation to Chiefs’ camp after tweeting highlights at them, and Joe Anderson, who stirred up some NFL interest after posting an Instagram picture of himself standing outside of the Texans’ facility with a sign. We’ve seen this in other leagues, too, including the CFL. Add this to the way Twitter’s let athletes such as Devon Still pull in support for sick family members, and it can seem pretty great at times.

Twitter has had some downsides for athletes, too, though from schools monitoring recruits to athletes’ arguments going public to fines or cuts for problematic comments to players being exposed for partying. Overall, it adds to their dilemma of being boring or creating controversy. Twitter has worked out well for Keo here, and it’s worked out well for other athletes over the years, but it’s far from universally beneficial for them.