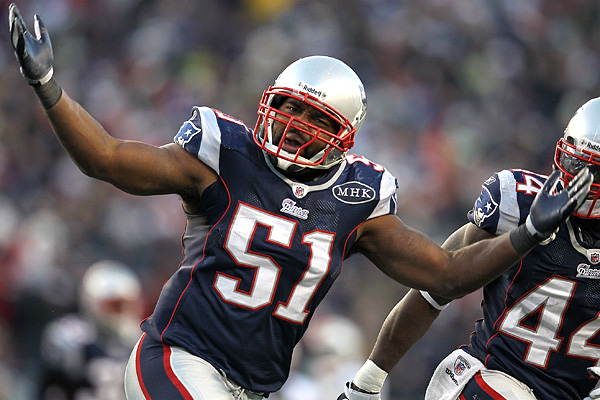 New England Patriots linebacker Jerod Mayo took to Instagram on Tuesday to announce that he plans to retire from football a week before his 30th birthday.

Mayo was headed into an offseason in which he was likely to be released by the Patriots, rather than absord an $11.4 million salary cap hit. He was also due a $4 million roster bonus in March. It seems as though given the choice to play elsewhere or retire a Patriot, Mayo wanted to do the latter.

Injuries played a role as well. Mayo was unable to complete the last three seasons and ended each of them on imjured reserve. He only played in six games in 2013 (pectoral injury) and six games in 2014 (knee injury). He did play all sixteen regular-season games this past season but injured his shoulder during New England’s playoff game vs. Kansas City and was unable to play in the AFC Championship.

Mayo was selected 10th overall by the Patriots in 2008 and lived up the hype immediately, capturing the AP NFL Defensive Rookie of the Year award. The NFL Combined Tackles Leader in 2010, Mayo was selected for the Pro Bowl that season and in 2012. He has also been a Patriots campation since 2009. Mayo also leaves with a Super Bowl ring as part of the Super Bowl XLIX-winning Patriots team.

A bunch of Mayo’s teammates were quick to congratulate him and wish him well via social media.

Congrats on a great career proud to call you a #teammate #NewEnglandLegend pic.twitter.com/sSttY1TcUh