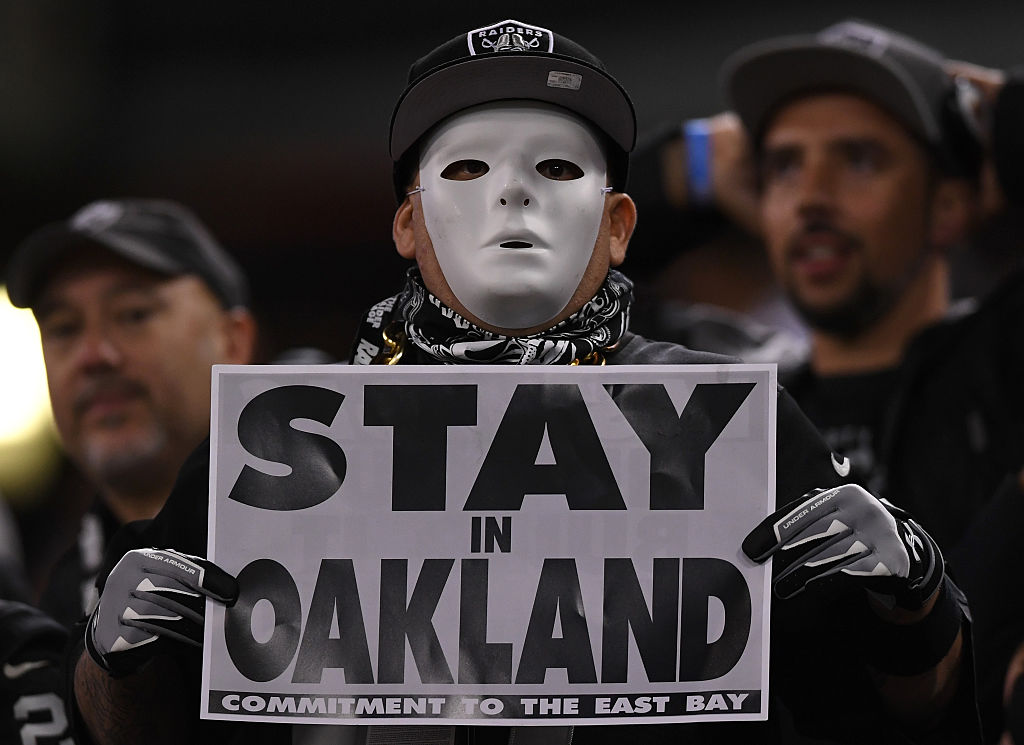 How much is it worth to keep the Raiders in Oakland? It seems it could cost $1.3 billion.

The mayor of Oakland (Libby Schaff) previously seemed confident a proposed deal with an investment group led by former NFL standout Ronnie Lott could entice the Raiders from skipping town to head to Las Vegas, but the breakdown of that proposed outline has now been learned. According to a report from the San Francisco Chronicle, the outline for the funds would include $600 million in private investments from Lott’s group, $200 million in public money and $200 million investment from the NFL. The Raiders would then be asked to take on the remaining $300 million to fund the stadium construction.

Would the Raiders feel as though $300 million out of their pockets is worth it to stay in what should be a state-of-the-art facility in Oakland when Las Vegas is begging and pleading for the Raiders? There is one key drawback to the proposed plan designed by the city of Oakland, including the possibility the Fortress Investment Group of New York (the firm putting up $600 million for the stadium in Oakland) could ask for a piece of the ownership pie of the Raiders. That would require Mark Davis to give up a piece of the franchise whereas he would likely retain full ownership of the team if they move to Las Vegas. Davis appears to be set on moving to Las Vegas, but will the league support his motives?

NFL commissioner Roger Goodell has said recently it would be his preference to keep the Raiders in Oakland if possible, but this will be a decision made more by the league’s owners. Oakland still has some perks Las Vegas cannot provide, like a larger television market. Sure, a trip to Vegas would be nice very now and then compared to Oakland, but Oakland is where the TV money is likely more valuable, and that is a big selling point when push comes to shove.

The NFL is expected to cast a vote on a potential relocation for the Raiders to Las Vegas, and Las Vegas is already rolling out the red carpet for the NFL and the Raiders should the league approve a relocation of a second team in as many years.