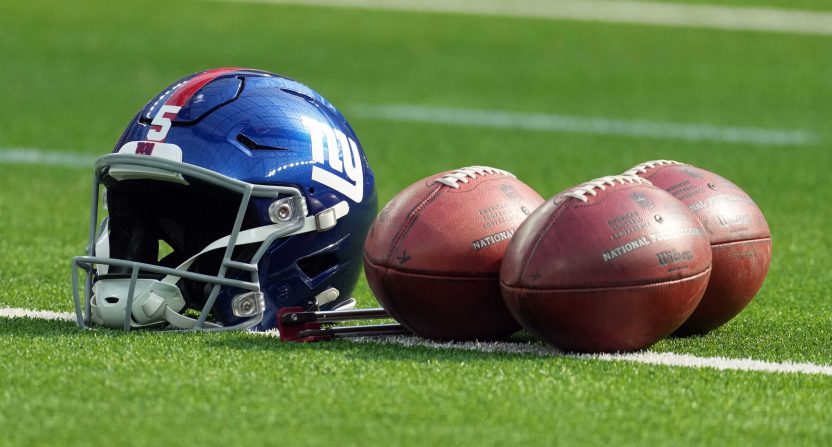 Former Miami Dolphins head coach Brian Flores shocked the sports world on Monday when he filed a class-action lawsuit against the NFL, the New York Giants, the Denver Broncos, and the Dolphins, claiming that each organization played a part in racial discrimination during their hiring process.

The New York Giants were at the forefront of this lawsuit after New England Patriots head coach Bill Belichick texted Flores by mistake, saying that he had gotten the Giants head coaching job when he really meant to text Brian Daboll, who is the man that ultimately got the job.

This text exchange between Belichick and Flores is brutal to read https://t.co/NGpGBVW8H8 pic.twitter.com/FgX8IjEygE

The Giants have now put out a strongly worded statement regarding the ongoing lawsuit.

“The allegation that the Giants’ decision had been made prior to Friday evening, January 28, is false,” read the statement. “And to base that allegation on a text exchange with Bill Belichick in which he ultimately states that he, “thinks” Brian Daboll would get the job is irresponsible. The text exchange occurred the day before Coach Daboll’s in-person interview even took place. Giants’ ownership would never hire a head coach based only on a 20-minute zoom interview, which is all that Mr. Daboll had at that point.”

“In addition, Mr. Belichick does not speak for and has no affiliation with the Giants. Mr. Belichick’s text exchange provides no insight into what actually transpired during our head coaching search.”

The Giants went on to say that Daboll was hired on January 28, which they say was at the end of their hiring process, and a full day after Brian Flores’ in-person interview with the team.

The #Giants just released a lengthy and detailed statement regarding the Brian Flores’ allegations. pic.twitter.com/dPB8G7WY6X

Many have been calling out the Giants organization based on the texts from Belichick to Flores, but the Giants do have some people defending them as well.

Former New York Giants star running back Tiki Barber is among those who have a relationship with the Giants organization that has been defending the ownership of the Giants.

While it is great that Barber has a good relationship with his former team’s ownership, it does not speak to Flores’ experience interviewing with the team.

Belichick still believed that Daboll was the man for the job, and it seems far-fetched that he would send that text three days before Daboll was hired if he didn’t have some sort of knowledge of what was going on with the hiring process. But the Giants, like the other NFL organizations named in the lawsuit, are sticking to their guns for now.