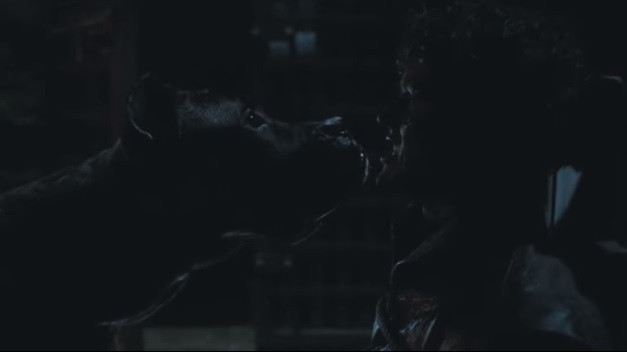 If Ben McAdoo is Jon Snow, does that make the Dallas Cowboys’ Ramsay Bolton? Okay maybe that’s a little too dark, but you get the point.

After missing the playoffs for four straight season, new New York Giants Head Coach and his team are eager to make it back. As a result, McAdoo is looking for the team to rally around and he might have found it in Westeros.

While speaking to his team on Wednesday, McAdoo might have spoiled a major portion of Game Of Thrones for some of his players, but it might be worth it.

McAdoo cued up the now famous scene of Ramsay Bolton getting his face and body torn apart by his precious dogs.

If that hunger can carry over into more wins, than maybe they should be called the New York Sansa Starks. It’s just an idea.

One player the Giants really want to be hungry is wide receiver Odell Beckham Jr. So far, it seems like the hunger is already building.

“The goal is obviously to pass up Jerry Rice — numbers, Super Bowls, all of that. That’s what you aim for. You aim for being the very best of the best. You come up short, you [still] should be in a good place,” OBJ said.

“I don’t know if I’m necessarily liked anywhere, really,” he added. “It is what it is, when we’re on the field, when we’re off the field. There’s no hard feelings for me ever anywhere, but at the end of the day, it’s football. I can’t control who resents, doesn’t like, likes, me in a sense.”

So while other players may see OBJ as Ramsay Bolton, OBJ seems them as Bolton as well.

“I don’t know, you tell me. It could be that way, it couldn’t be that way, I don’t know,” OBJ said about being a villain. “I have fun, I’m myself at all times, and I don’t think necessarily it’s liked all the time, unless you’re on my side.”

That honestly sounds like how Bolton recruited so many houses in the North. If you’re not on my side, I will destroy you.

That’s what OBJ hopes to do to defenses this season.

“We forget about the past two seasons and now we’re focused on this one. It starts with Dallas, but the end goal is obviously Houston [site of Super Bowl LI],” Beckham said.

But back to Game of Thrones for a second and how Ramsay’s death is what the Giants are rallying around. What other scenes would be good to rally around? Here’s a few ideas:

1. The Beheading of Ned Stark: This may seem odd at first, but let me explain. Imagine the team you love and root for has this leader. The most ideal leader in the NFL. Someone everyone loves except for the people at the very top because he always finds a way to beat them. Now imagine that leader is taken away from you. Try to rally around that. For a modern example, just watch the Patriots play without Tom Brady.

2. The Battle at the Wall: Your team is ridiculously outnumbered, but they have the high ground. At the bottom stands a massive army with very large giants (linemen?). Keep in mind you have the high ground and use that to your advantage. That’s what the Nights Watch did and that’s why they survived.

3. The Tower of Joy: The key here is always have your teammate’s back even if your down. The young Ned Stark nearly lost his head in a one-on-one battle with Ser Athur Dayne. However, thanks to Howland Reed not going completely down without a fight, Stark survived.