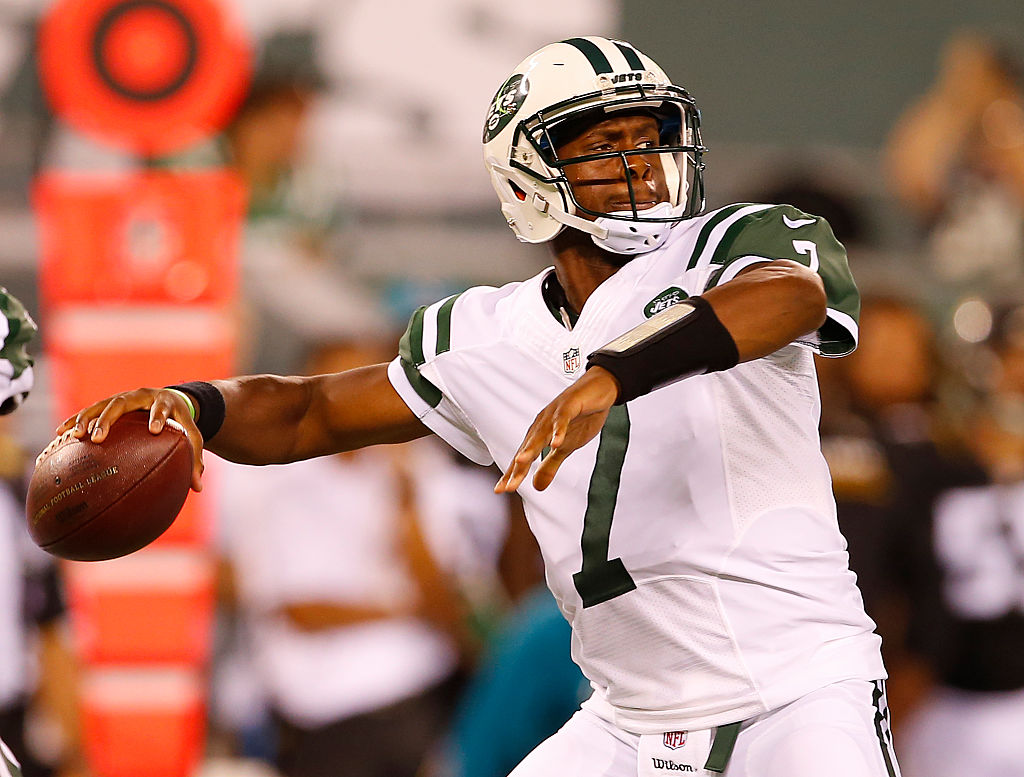 In an act of pure and total desperation, the New York Jets have made a quarterback change. Unfortunately for the Jets, the best alternative they have to Ryan Fitzpatrick is Geno Smith, who is the new starting quarterback.

Multiple reports are surfacing from the NFL media circuit stating the Jets will name Smith the starting quarterback starting this Sunday against the Baltimore Ravens. It will be the first time Smith has started a game in the NFL since December 28, 2014. Smith was unable to keep the starting job with the Jets last season during training camp. Fitzpatrick took it from him. As Fitzpatrick was once again struggling on Monday night in a loss at Arizona, Smith was seen pitching a fit and begging for a chance to come in and play. He did, and it was not particularly pretty.

But none of what has happened on the field for the Jets this season has been pretty, as proven with a 1-5 start to the season (how exactly did the Jets beat Buffalo?) and the thought that maybe the Jets should start tanking the rest of the season to get a high draft pick (where they could draft a quarterback, perhaps, like Deshaun Watson of Clemson) was growing.

Geno Smith will take over as the Jets starting QB. This means the Browns are gonna have some stiff competition for the #1 overall pick.

There have already been a number of quarterback changes throughout the NFL this season, although most have been due to injury concerns. In New York’s case, it was all about having an ineffective option. The Jets will be the 10th team in the league to start multiple quarterbacks this season (it should really be nine because Cleveland should never count). But maybe we should have seen this coming?

With the Geno Smith & Big Ben news, by Week 7, 10 of the 32 NFL teams will have used multiple starting QB's this season.

Whatever the situation, Geno Smith will now be given an opportunity to rewrite the narrative about his play. The former second-round pick of the Jets in 2013 was a college football standout at West Virginia, but that success has failed to transfer over to the NFL. Is this Geno’s last stand?

Probably not, because the NFL loves recycling quarterbacks anyway, but it may be his last chance to prove worthy of a spot on the Jets roster, with Bryce Petty and Christian Hackenberg next in line if things continue to go poorly for the Jets and Smith.