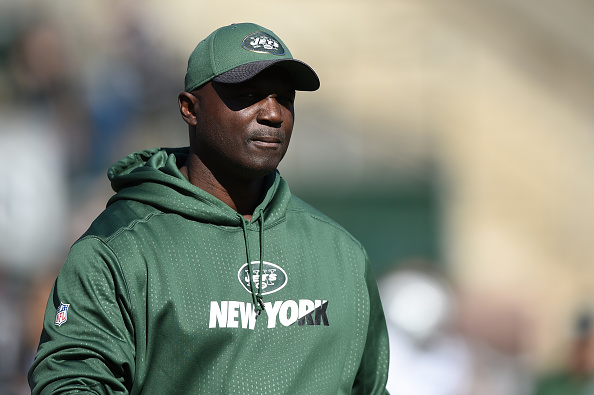 Rebuilds happen in all sports, and they’re never easy. But what’s happening with the New York Jets is especially difficult to watch. What’s going on isn’t just a rebuild, but it’s arguably the first semi-obvious tank job in modern NFL history.

The Jets have, quite simply, given up on 2017 — parting with almost all of their established veterans (Brandon Marshall, Eric Decker, Nick Mangold, Calvin Pryor, Darrelle Revis, David Harris, Ryan Fitzpatrick, and possibly even Sheldon Richardson in the near-future). But even with those guys on the roster last season, the Jets won just five games while posting the fourth-worst point differential in the league. And Football Outsiders ranked them as the worst team in football in terms of DVOA (Defense-adjusted Value Over Average).

The Jets were just terrible, and they’re about to be a whole lot worse.

That would be easier for Jets fans to swallow if they had a solution at quarterback. But they didn’t draft one this year, instead signing old journeyman Josh McCown to compete with third-year fourth-round pick Bryce Petty and second-year second-rounder Christian Hackenberg, neither of whom appear to be long-term solutions.

Jets announce Bryce Petty will start this week vs New England even after this. pic.twitter.com/qbIpil80Aj

The reviews haven’t been good.

And it would be easier if there was an exciting new regime in place. But general manager Mike Maccagnan and head coach Todd Bowles are back for their third season together, even though it often felt as though a relatively talented (at the time) Jets team had given up on Bowles when it was crushed three times in a four-week period last December.

Say what you will about the San Francisco 49ers, but at least there’s some buzz about new GM-coach duo John Lynch and Kyle Shanahan, and they added a bevy of proven veterans in the offseason, rather than firing a bunch of ’em. The Los Angeles Rams added more than they subtracted, too, and they’ve got a cool young head coach taking over, as well as a No. 1 overall pick at quarterback. And even the Cleveland Browns — with plenty of options at quarterback, three first-round rookies joining the fray and several accomplished free agents now on board — are worthy of some excitement. The Jacksonville Jaguars have invested heavily in high-profile free agents and high draft picks and appear to be on the right trajectory, and the lowly Chicago Bears added two intriguing new quarterbacks in the offseason.

The Jets, though, don’t have a lot of silver lining to offer. They truly are the most depressingly hopeless team in the NFL.

Sorry, Jets fans. Sorry for everything.