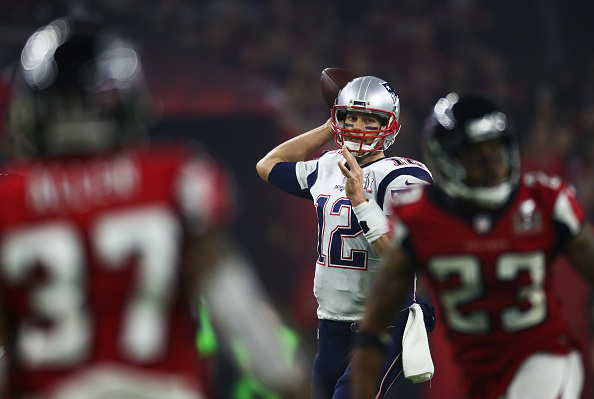 The 2018 NFL Playoffs kick off this weekend, and you’d be forgiven for thinking that the field looks radically different from what we witnessed last January. In fact, this year’s playoffs are tied for the most season-to-season turnover since 2004. With just four teams returning that year and now during this one, it’s the highest rate of turnover since the NFL expanded its playoff field to 12 teams for the postseason following the 1990 regular season.

But this season is unique in that it’s one of just two seasons to turn over five teams in a single conference (the other being the 2006 playoffs, when Seattle was the lone NFC holdover).

That would’ve been the case whether the Falcons (who actually hold the No. 6 seed) or the Seahawks made the postseason in Week 17. But the rest of the NFC field has flipped entirely. Comparing the participants from both years:

The unprecedented turnover comes in part from the rash of injuries and extended absences around the NFC, in particular, these past couple years. Ezekiel Elliott missed most of 2017 serving a suspension, while he starred for the Cowboys in 2016. Green Bay was without the services of Aaron Rodgers for a significant chunk of this year, and Odell Beckham Jr. was one of numerous notable injuries for the Giants.

In the case of the Vikings, Teddy Bridgewater’s 2016 absence derailed a return trip to the playoffs after making it the prior season. Despite him being out for nearly all of 2017, though, Minnesota was able to return this time around. For Carolina, you could attribute the one-year leave from the playoffs (just a year after making the Super Bowl) to any number of maladies — many of which were addressed this season.

But on the AFC side, it was really just more of the same. The American Football Conference has had three or more playoff teams return each year from the 2008 playoffs through this year’s. And even more impressive, the No. 1 seed was a carryover each of those seasons as well. Not coincidentally, that top seed was also either the Patriots (six times) or Broncos (three times) more often than not.

That AFC consistency is how the average has actually been even higher in recent seasons. Not including this year, the average had been nearly seven returning teams per season since the 2010 playoffs. As mentioned, the league had eight returning teams two separate times in that stretch. The AFC has leaned heavily on the consistency of New England, Denver and Pittsburgh, plus (to a lesser extent) Indianapolis and Baltimore to create very little turnover at the top for what’s now running well over a decade.

Even casual viewers likely know that extends all the way up to Super Bowl participants as well. Dating back to 2001, all but one Super Bowl (Raiders in Super Bowl XXXVII) has featured either the Patriots, Broncos, Steelers, Colts or Ravens on the AFC side. In the same stretch, 12 different franchises (75 percent of the conference) have represented the NFC.

Like last week’s conversation on the NFL’s current top-heavy nature, however, that order could soon change. The Broncos have already faded back to the pack, and both New England and Pittsburgh rely on older quarterbacks. Baltimore and Indianapolis are in flux. There’s some potential for a new guard to rise up in the form of younger teams like Jacksonville, Tennessee and others — even if not as consistently.

That could mean a role reversal for the NFC, back to when it was once the picture of predictability. While the atmosphere has been pretty volatile since 2001, you could set your watch by most of the conferences’ playoff participants in the 1990s. Dallas, Green Bay and San Francisco were fixtures. Minnesota was a regular participant as well. The former three made up miniature dynasties, the likes of which now seem humbled by the extended runs the Pats and Steelers have particularly been on.

The only other season to replace eight playoff teams seemed chaotic at the time, but actually ended rather predictably, too. In the 2004 postseason, the AFC’s top seed New England won the Super Bowl against the NFC’s No. 3 Carolina — albeit in thrilling fashion. Should something similar hold this year, we could see the Pats face the Rams (in a rematch of the game that got this New England dynasty started in the first place).

Turnover doesn’t necessarily mean things change at the very top. And the defending champion Patriots are about to put that to the test.