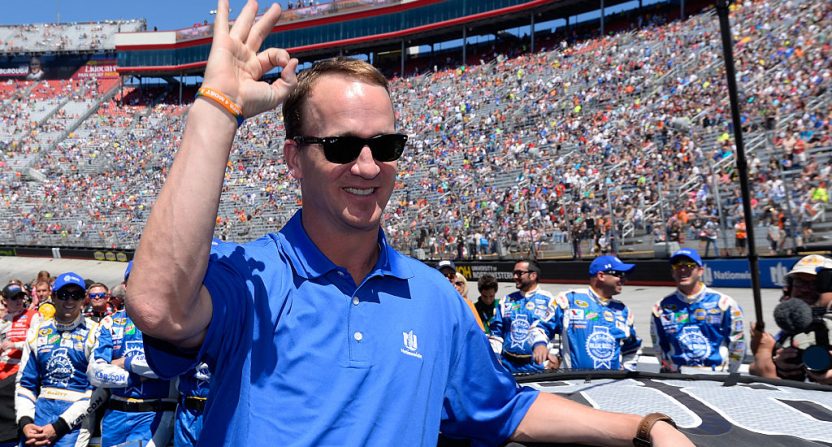 Justin Herbert is a very good quarterback, but has he already proved himself to be better than Peyton Manning and Ben Roethlisberger after just two seasons in the NFL?

Ryan Harris, a current NFL analyst and former offensive tackle who played with both Manning and Roethlisberger, joined CBS Sports Radio’s The D.A. Show Thursday morning to offer some high praise for Herbert.

“Justin Herbert is the best quarterback I’ve ever seen, and I played with Peyton Manning and Ben Roethlisberger,” Harris said. “This guy is unbelievable.”

The look from host Shaun Morash, who was filling in for Damon Amendolara, mirrored the way nearly everyone listening to the interview reacted to the bold declaration by Harris. That look of ‘Better than Peyton Manning? After just two years in the NFL?’

“Did I get that right?” Morash asked. “You think Justin Herbert is the best quarterback you’ve ever seen more than Peyton Manning?”

Without hesitation, Harris clarified that he doesn’t just think it, he knows it.

“No, no. I played with Peyton Manning and Ben Roethlisberger and I’m telling you, Justin Herbert is the best quarterback I’ve ever seen,” Harris said. “It’s unbelievable what he does. It is something that’s only going to continue to increase. He’s got the most talented arm in the NFL.”

I don’t want to take anything away from Justin Herbert, who certainly has the talent to be an all-time great throwing 38 touchdowns and more than 5,000 yards last season, but Harris did play with Manning in 2015. Manning led the Broncos to a Super Bowl that year, but statistically, he was by far the worst starting quarterback in the NFL during the 2015 season. That shouldn’t discredit Harris’s assessment of Herbert, it just sprinkles a grain of salt on his “I played with Peyton Manning” status.