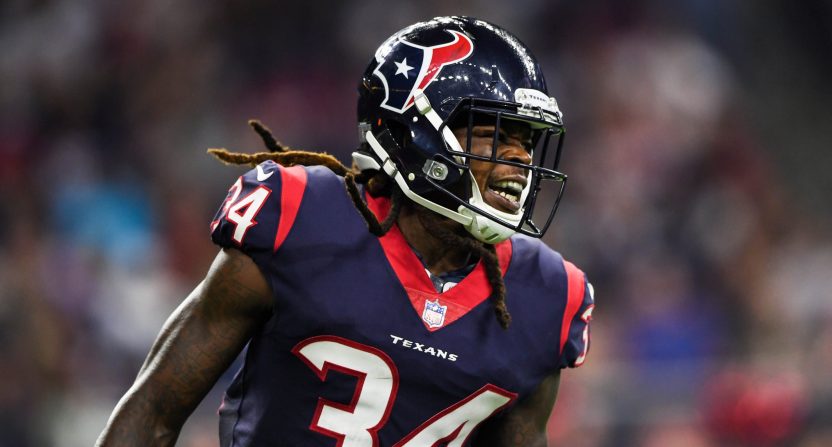 Look, we’re pretty sure that Dee Virgin has heard them all. He is aware of your jokes and he is almost certainly tired of them and has probably cursed his parents once or twice for naming him “Dee Virgin.”

But, given that we live in the world we live in, sometimes we all just need to make some dumb jokes just to feel something. And that certainly appeared to be the case when Adam Schefter reported that Dee Virgin, who had been released by the San Francisco 49ers on Tuesday, had plans to work out for the Cleveland Browns this week. Schefter also noted that “other teams also are expressing interest in Dee Virgin.”

DB Dee Virgin, who was released yesterday from the 49ers’ practice squad, is scheduled to work out this week for the Browns.

Other teams also are expressing interest in Dee Virgin.

We see what you did there, Adam. And so did many other NFL folks on Twitter, who added their own bad jokes to the mix as well.

I wonder if Dee Virgin got released for lack of experience https://t.co/H7ZRmsVrjy

For a guy named Dee Virgin he sure gets passed around a lot https://t.co/smOa5j9yKa

Everyone is always looking for Dee Virgin until they realize experience matters https://t.co/J1oAo8tCyV

This is the second worst thing to ever happen to Dee Virgin. https://t.co/2kHlhwpEf0

We’re sorry, Dee. We’re very, very sorry. We hope that you sign with a new NFL team very soon and stay there for a while so we’re not back here making terrible jokes about your name again (and then making posts like this one). Given that he’s spent short stints with five different teams in the last four years, we’ll see.