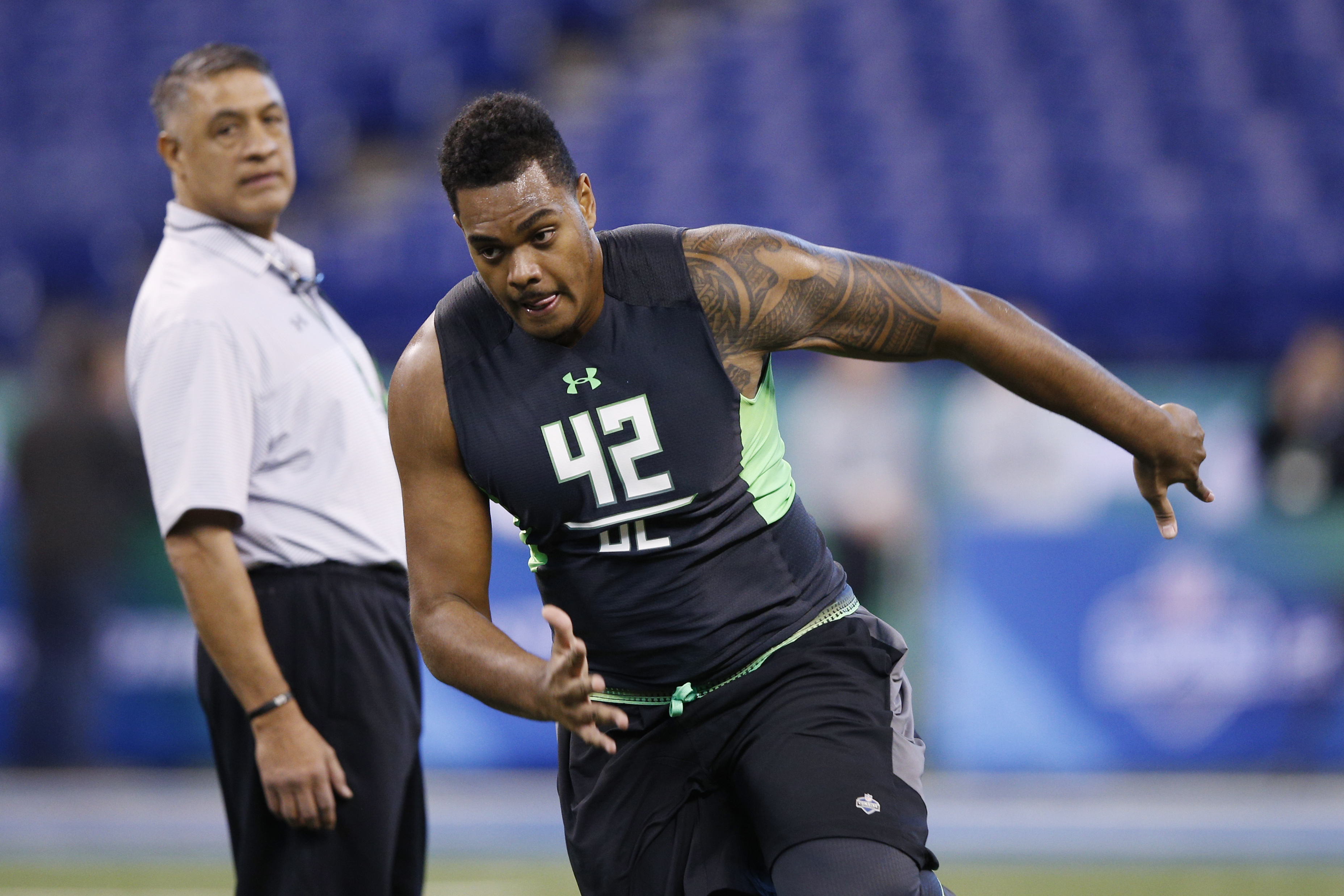 For a hotshot young athlete in search of a lucrative shoe deal, you’ve got a few options. You can go with established power Nike, upstart Nike or maybe even old reliable Adidas.

But Notre Dame offensive lineman Ronnie Stanley is forging his own path as he enters the NFL Draft.

Stanley, a likely first-round pick, will sign not with a shoe production company but rather with shoe retailer Zappos, according to ESPN:

“Most guys do a shoe deal and they don’t have any flexibility because they are tied to who paid them,” said Stanley, who wears size 16. “I can do whatever I want.”

Stanley said he’s most likely going to wear either Nike or Under Armour, which he wore the last two seasons at Notre Dame. But should he not like either, he can change brands and models every week or even in-game. If he wants to have the logo showing on the shoe on the field of play, he’ll be limited to wearing Nike, adidas or Under Armour, which have deals with the league.

Stanley’s contract with Zappos could prove revolutionary if it catches on with other players. It figures players would be interested in a deal that lets them wear pretty much whatever shoe they want, as long as the money is there. And while Zappos probably isn’t getting that much exposure from this deal, Stanley could be a model for other players and evangelize to teammates like Kent Bazemore has done with Under Armour.

Of course, Stanley won’t be wearing the Zappos logo, which takes away some of the value for the company, but delving into the player apparel sponsorship game could boost the vendor’s profile.

Stanley, for his part, seems like quite the enterprising rookie. He’s also a client of Jay Z’s sports agency, a status usually reserved for higher profile athletes. It turns out that connection is what led the lineman to Zappos. Via ESPN:

The deal came together as a result of Stanley’s signing with Jay Z’s Roc Nation Sports. Roc Nation president Michael Yormark has a CEO Connect program, which matches up clients with influential CEOs to talk with and eventually mentor the players. Stanley got matched with Zappos’ Tony Hsieh in part because Stanley is from Las Vegas, where Zappos has its headquarters.

“It was originally just about getting Ronnie in front of guys who are at the top of their game in terms of tech, which he is interested in, and to start a relationship founded on leadership, motivation and community,” Yormark said. “But, at the end, we talked about the traditional way athletes are marketed with their shoe and apparel deals and felt it made sense to work together to try something different.”

If we start seeing many players signing contracts with shoe distributors to wear whatever brand they want, we can remember Stanley as the pioneer.