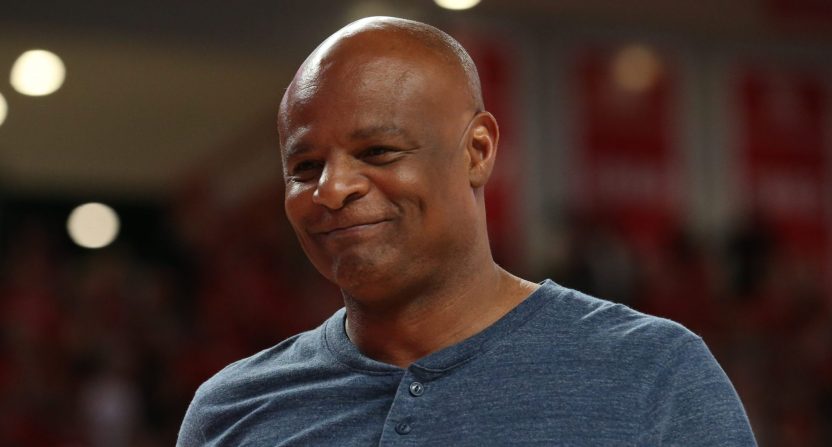 Warren Moon is one of the greatest quarterbacks in NFL history. But he’s arguably more known still for setting the road for many future black signal-callers who wanted to make it in a league that didn’t really support the growth of black athletes behind center.

After the Arizona Cardinals added a “homework clause” in Kyler Murray‘s new deal with the team, it caused an uproar from many in the NFL community. That included Moon, who called it embarrassing and a slap in the face to every black quarterback.

In an interview with TMZ Sports Sunday, Moon (seen above in 2019 at a Houston Cougars’ basketball game) did not hold back, calling out the Cardinals for even adding the clause into the deal in the first place. He described it as a “slap in the face to all African-American quarterbacks,” and talked about how it reminded him of concerns raised about him back during his playing career.

“It’s something we were always accused of back in the day when they didn’t let us play,” Moon said “That we were lazy, that we didn’t study, that we couldn’t be leaders, that we weren’t smart. So all those different things just kind of came to surface after we put all that stuff to bed over the years and just because of this deal that’s going on between Arizona and Kyler. …So yeah, very embarrassing.”

This contract saw Murray finally get the money he longed for, signing a new $230.5 million contract. That contract included the requirement that Murray study film on his own for four hours each week. After immediate backlash, the Cardinals removed the clause Thursday. But despite that, Moon said that clause will be held over Murray’s head every time he does something wrong on the football field.

“The damage has been done,” Moon told TMZ. “He’ll have this riding on him every time he does something wrong in a football game. They’re going to say, ‘See, that’s the reason why that happened is because he didn’t study enough film last week,’ or whatever it might be. …It’s a very unfortunate situation for him and very embarrassing for both sides.”

Murray himself doesn’t seem to be too bothered by the clause. He called it “a joke,” and told reporters Thursday that no one should question his work ethic.

"I refuse to let my work ethic be in question."

Murray and the Cards will have a huge test in Week 1. They’ll face off against Patrick Mahomes and the Kansas City Chiefs in what looks to be a must-watch QB duel.