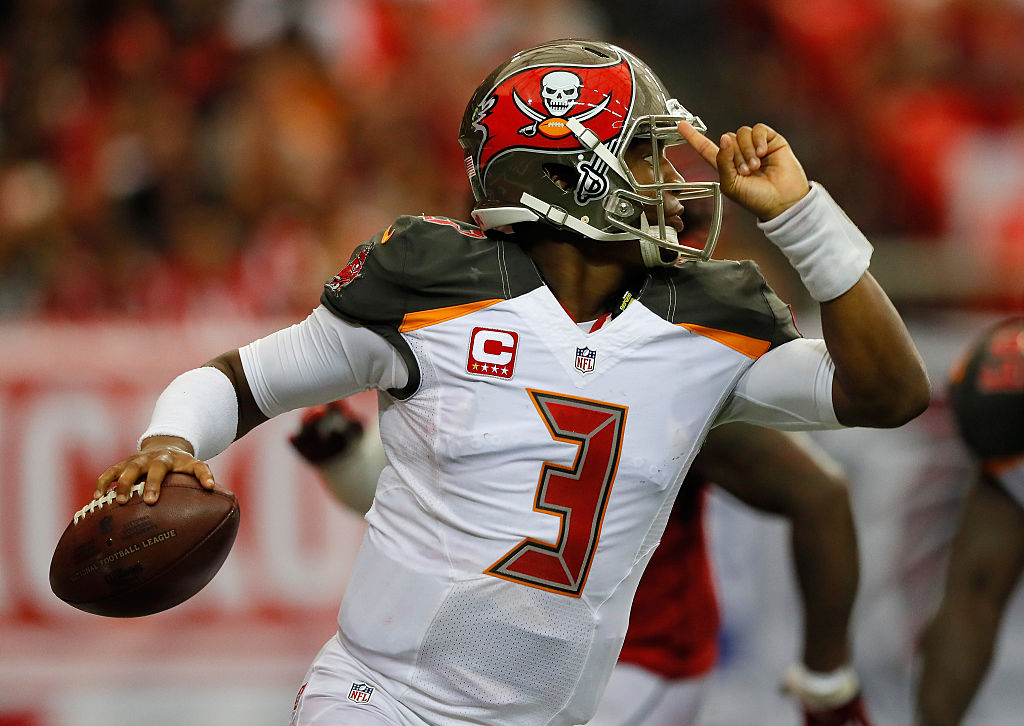 Football’s back, and it could hardly have been more glorious. There was an instant classic in progress during every block of games, a host of amazing plays and even better finishes. It started on Thursday night, of course, with a twisting, turning, back-and-forth between two title contenders. It would end that way, too, with the agony of a makeable field goal drifting wide.

In between, there was more action than we knew what to do with.

In Atlanta, Jameis Winston overcame an early interception to throw four touchdown passes, including a gorgeous strike to tight end Austin Seferian-Jenkins (remember those preseason whispers about him not making the team?). Gerald McCoy had a day, with two batted passes, three tackles and a sack. Matt Ryan, for his part, kept it clean and hooked up with Julio Jones for a touchdown pass, but the Bucs outclassed the Falcons 31-24.

Will Fuller's first #NFL touchdown and the Fuller hop. pic.twitter.com/5YuhSVHsQf

In Baltimore, Rex Ryan lost to the ghost of Rex Ryan as Ryan’s current Bills lost a slugfest to his old Ravens. Big plays from Mike Wallace (!) and Breshad Perriman (!!!?!) led to a 13-7 win. Osweiler outdueled Jay Cutler, throwing scores to DeAndre Hopkins and first-round rookie Will Fuller. Texans tailback Lamar Miller ground out 106 yards, and J.J. Watt played the whole game (but didn’t do much).

The Browns Browned, with RGIII looking tentative and ineffective between long gainers to Terrelle Pryor and Corey Coleman. Carson Wentz shredded the talent-starved Browns defense, 29-10. In Tennessee, the Shaun Hill era began with a whimper — two defensive touchdowns covered up a miserable 12-point outing by the offense. Even worse, Blair Walsh missed two field goals and an extra point.

Incredibly, the Jacksonville Jaguars refused to let Aaron Rodgers and the Green Bay Packers pull away. Blake Bortles and company were down 27-24, and driving to take the lead, when their drive fell two yards short of a first down — and just 15 yards short of a game-winning touchdown.

In a game that could be pivotal in defining the AFC playoff field, the Cincinnati Bengals eked out a 23-22 win over the New York Jets. Andy Dalton looked terrible early, then found his groove. Ryan Fitzpatrick looked great early, then faded. A blocked Nick Folk field goal attempt, and Folk’s first career PAT miss, cost the Jets the win.

The Kansas City Chiefs bested division-rival San Diego Chargers in an overtime thriller. Down 21-3 at one point, and by as much as 17 in the fourth quarter, Alex Smith led the biggest comeback in Chiefs history to force OT and win it from there. The big takeaway, though, was that the Chiefs’ pass rush was absolutely punchless without Justin Houston. An AFC title contender should have waxed the Chargers at home.

But that wasn’t even the best game of the early block.

In what might have been the best no-stakes early afternoon game ever, the Oakland Raiders and New Orleans Saints traded long bombs, huge gainers and wacky plays — including a Willie Snead Holy Roller — before Jack Del Rio had the stones to finish the game with a two-point conversion:

In Miami, Russell Wilson finished an ugly game with a brilliant drive to lead his Seattle Seahawks just past the Miami Dolphins, but NFL Media’s Ian Rapaport reports the ankle injury Wilson battled through may be significant. The bright new glorious Dazekiel Era began in Dallas, but somehow the rookie-led Cowboys lost when old dogs Eli Manning and Victor Cruz turned back the clock.

The Detroit Lions won the NFL Indoor Track Championships, answering a last-minute comeback drive with a last-second comeback drive. The Lions and Colts combined for 898 yards of offense and a week-high 74 points. Maybe neither of these teams will be able to play enough defense to make the postseason, but both of them can sling it.

Finally, the brilliant capper to the evening: A marquee matchup between the presumptive NFC favorites and the NFL’s reigning, well, New England Patriots. Despite missing Tom Brady, Rob Gronkowski, Dion Lewis, Nate Solder, Jonathan Cooper, Sebastian Vollmer and Rob Ninkovich, the Patriots Patrioted their way to a 23-21 lead over the Arizona Cardinals — who were a massive home favorite, and benefitted from two early Pats turnovers.

In the end, Carson Palmer put the Cards in position for a game-winning field goal, but a brutal bounce-pass snap and pulled kick gave the Pats a one-game lead over the rest of the AFC East.

Wait until they get all those players back.