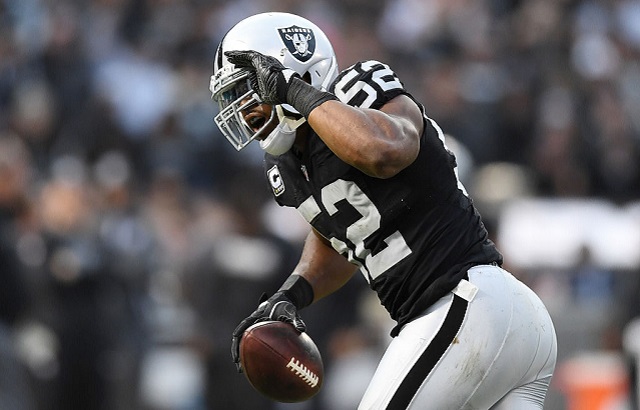 The NFL is designed to keep teams alive for the playoffs as long as possible, and fans engaged as deep into the season as possible — but December’s first NFL action finally left some fanbases out in the cold.

The Minnesota Vikings gave the league-leading Dallas Cowboys everything they had, but despite drawing up the defensive blueprint for stopping the rookie-led juggernaut, it wasn’t enough. The 17-15 Thursday Night Football loss wasn’t just the best Thursday matchup of the year, but the most-watched TNF game ever.

Too bad ratings don’t count toward the NFC North standings. The Vikings, who started the year 5-0, are now effectively three games behind the 8-4 Detroit Lions with just four left to play.

In the centerpiece of the early games, the Kansas City Chiefs made history by picking off a Matt Ryan pass and taking it back to the house. The first time, it was a crucial pick-six in the dying seconds of the first half. The second time, in the final minutes of the second half, it happened on a two-point conversion. Instead of the Falcons capping their lead-taking touchdown, the Chiefs took the lead right back:

Falcons take the lead.
Chiefs take it right back.

The Baltimore Ravens continued their hot streak, winning their fourth in five games, by ending the Miami Dolphins’ six-game streak with a 38-6 obliteration. The Chicago Bears also ended any “Kaep back” talk by blowing up the 49ers 26-6, forcing Chip Kelly to bench Kaep in the process.

The Philadelphia Eagles had mounted a great campaign, considering the first-time head coach, rookie quarterback and absolutely brutal schedule. But somewhere in the middle of getting routed 32-14 by the listless Cincinnati Bengals, it became obvious the 5-7 Eagles weren’t getting anywhere in 2016.

In a good old-fashioned Lambeau snow game, the Green Bay Packers managed to take care of business against the Houston Texans. Because of that, their season is still on life support — but the Seattle Seahawks are coming to town next week. The Texans are now one of three AFC South teams with exactly six losses — and the other one has 10. Yuck.

THE @LIONS CANNOT BE STOPPED!

Even without Rob Gronkowski, the New England Patriots had no problem handling the freefalling Los Angeles Rams, 26-10. Even without any of their starting linebackers, the Detroit Lions somehow went into the Superdome and forced Drew Brees’ worst statistical outing in years. Don’t look now, but the 8-4 Lions are four games away from their first NFC North title and just hitting their stride. Meanwhile, the 5-7 Saints — despite playing some great football themselves — are functionally out of it.

Out west, the Oakland Raiders proved why they’re the scariest team in the league again: The vagabond warriors sleepwalked through two and a half quarters against the Buffalo Bills, only to rally back from a 24-9 deficit to claim a 38-24 lead. Nobody wants to play the Raiders right now — which is weird, since no city seems to want to pay to keep them around.

Out in the desert, Bruce Arians and Carson Palmer worked together to temporarily keep their season alive, upending Kirk Cousins and Washington 31-23. In Pittsburgh, the Steelers reminded the football world that they still have a ton of talent. The 24-14 hurting they put on the New York Giants wasn’t as close as that scoreline suggests.

But what happens now in the NFC East? The Cowboys are running away with it, with the Giants three games behind. Washington is 1.5 games back of the Giants, but with half the head-to-head tiebreaker in hand (and just half a game back of the second Wild Card spot).

That second spot currently goes to the Tampa Bay Buccaneers, who with a 28-21 win over the San Diego Chargers drew level with the Falcons at 7-5. The Falcons currently hold a slight lead in divisional record (3-1 vs. 2-1), but a Falcons team that’s led the whole way until now suddenly has to hold off a Bucs squad that’s won six of their last eight.

The Sunday that proved decisive for so many teams ended with a resounding door slam: The Seattle Seahawks hosted the desperate Carolina Panthers, and blew them out 40-7.

Cam Newton violated the team dress code by not wearing a tie, per source. #CARvsSEA

Most of the attention, though, was spent on the way the game began and ended: Cam Newton was benched for the first play of the game due to a dress-code violation, and all-everything Seahawks safety Earl Thomas was put out for the rest of the season with a broken tibia.

Though the pain of the former was immediate (Newton’s backup, Derek Anderson, threw an interception on that one play), the pain of Thomas’ loss may not be felt until the 8-3-1 Seahawks lose a playoff game.