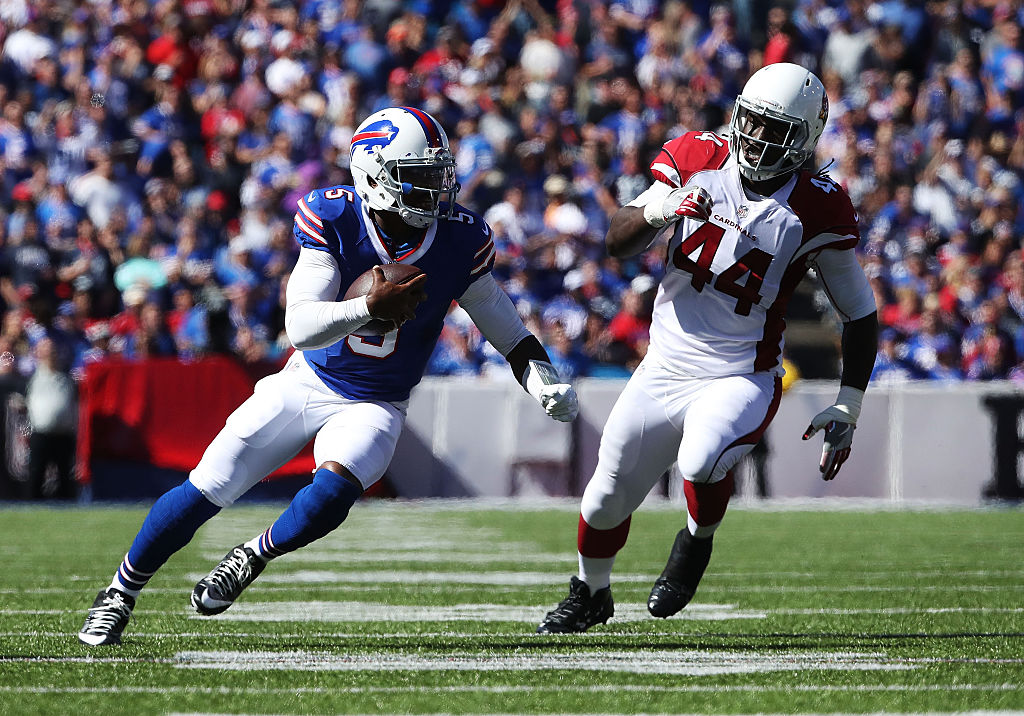 The third week of the 2016 NFL season continued some trends, upended others, exploded what we thought we knew about some teams and carved what we suspected about others in stone. It started with the glorious continuation of football history’s greatest dynasty and ended with a game that put both the NFL’s weekend and fans to bed.

We won’t delve too deeply into the Thursday Night Football exaltation of the New England Patriots. Their incredible 27-0 beatdown of the Houston Texans with rookie third-string quarterback Jacoby Brissett has been given its due (along with Bill Belichick, offensive coordinator Josh McDaniels, et al.). But former Patriots staffer Bill O’Brien now has to figure out how to close the gap between his team and the AFC’s best by Christmas.

The Buffalo Bills’ institutional memory of wagon-circling came in handy this week, as the team rallied around new offensive coordinator Anthony Lynn and upset the Arizona Cardinals, 33-18. The Brothers Ryan finally got their defense to play like we expect a Ryan defense to play, picking off Carson Palmer four times.

The Arizona Cardinals have now blown out a good team, blown a game against a great team and flat-out blown against a team that’s probably going to struggle to .500. Anyone have any idea what’s going on with Bruce Arians’ team?

Whatever was wrong in Green Bay wasn’t anything the Detroit Lions’ defense couldn’t fix. Aaron Rodgers went 15-of-24 for 204 yards and four touchdowns on route to a 31-3 first-half lead and 34-27 victory. In the Lions’ futile comeback attempt, though, Marvin Jones put up a ridiculous 205 yards and two scores on six catches, including this gem:

If you stopped paying attention to the Panthers-Vikings game when Cam Newton’s rushing touchdown made it 10-0 in the first quarter, you missed the whole game. The Vikings sacked Cam for a safety, picked him off three times, took a punt back for a score and didn’t allow another point. An emphatic 22-10 win confirms Sam Bradford and the 3-0 Vikings as the team to beat in the NFC.

Trevor Siemian’s gotten comfortable throwing the deep ball, and the Broncos deep-sixed the Bengals, 29-17. If Siemian can consistently make big plays like this while keeping his customary tight rein on mistakes, the Broncos are going to be incredibly tough to beat:

Trevor Siemian to Demaryius Thomas to Go U Northwestern https://t.co/BcAyECnSJj

The wheels completely fell off the Blake Bortles bus against the Baltimore Ravens. Anyone expecting the Jaguars to take a big step forward can officially take a seat. The Dolphins struggled to overtime before beating rookie Cody Kessler and the Cleveland Browns, but only because new (and soon-to-be-former) Browns kicker Cody Parkey missed three field goals, including a potential game-winner with seconds left in regulation.

The Tennessee Titans’ defense keeps being surprisingly good, holding the track-meet Oakland Raiders to just 17 points — but the offense keeps being even worse (they scored only 10). The Seattle Seahawks rocked the 49ers, completing a bizarre triangle of NFC West parity between the Seahawks, 49ers and Los Angeles Rams.

The @RamsNFL score their first TD of the season!

Speaking of the Rams, they stormed past Jameis Winston and the Tampa Bay Buccaneers, only to have to wait through a 69-minute lightning delay to play out the last 2:05 of their 37-32 win.

Speaking of lightning, the old Philip Rivers magic couldn’t quite strike enough times in Indianapolis: Andrew Luck and the Colts persevered through the San Diego Chargers’ refusal to give up in order to secure a much-needed 26-22 win.

Ryan Fitzpatrick Threw 6 Interceptions, Here’s Video of All of Them pic.twitter.com/3BvR9fdkoD

It’s not quite like clockwork, but it’s close: Ben Roethlisberger usually follows two great games with a mediocre one. I thought the overperforming Pittsburgh Steelers defense would make Carson Wentz look like a rookie, though, and the Steelers would gut this win out. Instead, new Eagles defensive coordinator Jim Schwartz made Roethlisberger look like a rookie, and Carson Wentz played like a champion in what felt like an era-defining 34-3 blowout.

I walked out at intermission.