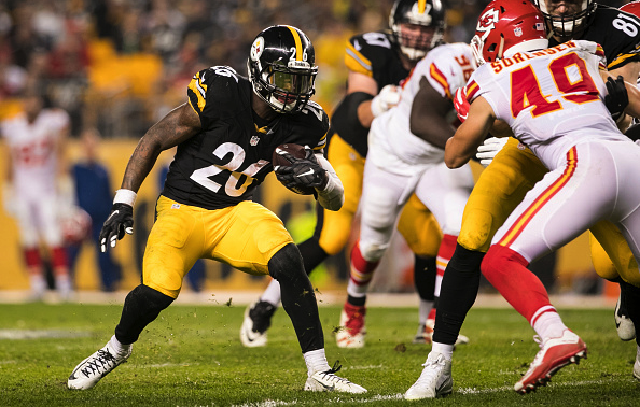 If the NFL’s Week 3 was full of surprises, Week 4 was the regression to the mean: Wrongs were righted, order was restored and several teams proved they are who we thought they were.

On Thursday Night Football, the Cincinnati Bengals took out their frustrations on the Miami Dolphins. After two straight weeks of close-but-not-quite against the AFC’s best, they laid a 22-9 pounding on one of the AFC’s worst.

The Jacksonville Jaguars hosted the Indianapolis Colts at Wembley Stadium, the Jags’ home away from home. The allegedly talent-stocked Jags desperately needed their first win of the season. If they hadn’t, it would have been easy to see head coach Gus Bradley join the ranks of coaches fired after an exhausting London embarrassment.

Bortles and the @Jaguars working with a short field thanks to this INT!

Fortunately for Bradley, his cats roared out to a 23-6 lead before surviving a 21-point Colts fourth-quarter rally. Speaking of fired coaches, Chuck Pagano had better figure out how to get Andrew Luck scoring points before the fourth quarter or he’s going to be looking for work.

Carolina Panthers general manager Dave Gettleman might be regretting his spat with (and release of) Josh Norman. His two starting rookie corners allowed the Atlanta Falcons’ Julio Jones to catch 12 passes for 300 yards and a score in a 48-34 embarrassment.

The Oakland Raiders keep being one of the most entertaining teams in football, turning an unappealing matchup against the Baltimore Ravens into a 28-27 thriller. The Ravens, formerly the least impressive 3-0 team ever, are thus relieved of the burden of being undefeated.

The Chicago Bears went against the grain of the weekend, holding the Detroit Lions’ track-meet offense to a single field goal. Maybe the Jay Cutler-less Bears aren’t the worst team in the league — and maybe the Lions don’t have anything working on either side of the ball.

The Texans beat the Titans on their way to another meaningless AFC South title. The Seahawks feasted on Ryan Fitzpatrick, giving Russell Wilson and Jimmy Graham more chances to work out the kinks for later in the season.

Shady and the Bills start the scoring in New England.

The biggest shock of the weekend came before the afternoon games even started: Rex Ryan and the Buffalo Bills went into Gillette Stadium and made surprise starter Jacoby Brissett look like… well, like a third-round rookie who can’t run the Patriots offense yet. Ryan’s defense waved off all the smoke, and shattered all the mirrors. LeSean McCoy led a committee of Bills backs that ran the Pats into the ground.

Just like 2003’s Lawyer Milloy Bowl, though, this shocking upset may not mean much. The Pats get Tom Brady back next week, and the Bills are still a game behind them in the AFC East.

The Cleveland Browns again played well against a team no one thought they could beat. They had a chance to win, but, well, what happened doesn’t make any sense:

The Denver Broncos continued their reign of terror, decimating Jameis Winston and the Buccaneers 27-7. The victory might be considered Pyrrhic, as quarterback Trevor Siemian was lost with a separated non-throwing shoulder during the game — except first-round pick Paxton Lynch came in and completed 14 of 24 passes for 170 yards and a score. The Broncos will get Lynch a meaningful start or two with a one-game cushion over the rest of the AFC.

The New Orleans Saints won a battle with fellow shootout-loss specialists, the San Diego Chargers. The final score, of course, was 35-34. In San Francisco, the Cowboys’ ball-control offense almost wasn’t explosive enough to outscore Blaine Gabbert and the 49ers… almost.

And then, we all had a glass of milk and went to bed at a decent hour.