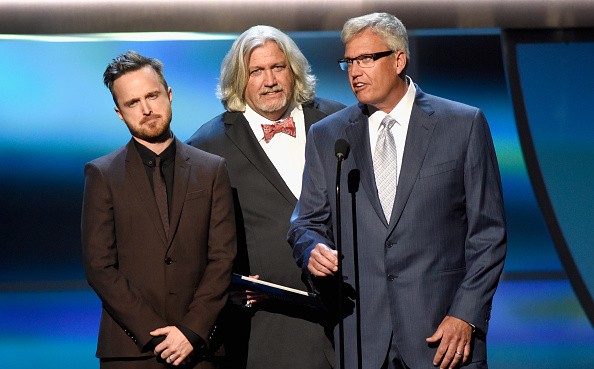 It’s been well-known that NFL on Fox analyst Troy Aikman isn’t a fan of Skip Bayless. It dates back to when Bayless was with the Dallas Morning News and made a claim (without any proof or substantiation) that the former Cowboys quarterback was gay. It angered Aikman and back in 2015, he told SI.com that he was “upset about it because it was made up and there was nothing accurate about anything that was insinuated.”

He added, “And he did it, as he does everything, just for attention.”

Now that Bayless is with Fox and began his new debate show with Shannon Sharpe today, Aikman hasn’t tempered his opinion of the bombastic one. In a new interview with SI.com, the long-time Fox analyst didn’t hold back when asked what he thought about Bayless being brought on board:

“To say I’m disappointed in the hiring of Skip Bayless would be an enormous understatement,” Aikman said. “Clearly, [Fox Sports president of national networks] Jamie Horowitz and I have a difference of opinion when it comes to building a successful organization. I believe success is achieved by acquiring and developing talented, respected and credible individuals, none of which applies to Skip Bayless.”

Bayless has addressed his claim particularly in 2009, but he’s moved on as we have seen whether it’s been on First Take or on his new FS1 show. Fox Sports isn’t commenting on Aikman’s statements.

Even when the Bayless hiring was announced, Aikman chose to stay at Fox and he will call Super Bowl LI (his fifth) in February. However, there were rumors according to Pro Football Talk that Aikman wanted to quit when Bayless was hired:

There was chatter that Troy Aikman considered quitting FOX after Bayless was hired. Airman's comments to @richarddeitsch don't debunk that.

He still has several years on his Fox contract so it will be interesting to see how the network handles what might be some rather choppy waters down the road.