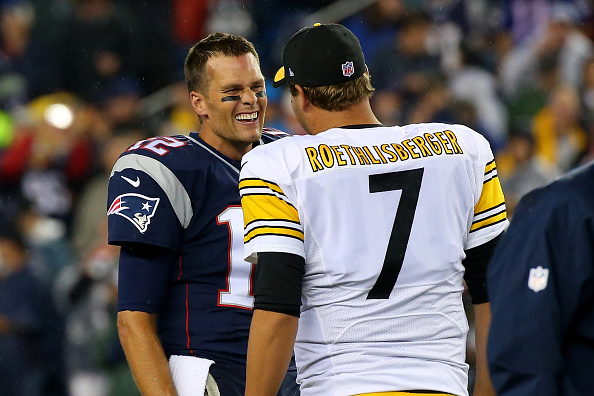 While there’s little playoff drama remaining for the National Football League in Week 17, one unsung record could be broken with just a few more wins by some key teams.

Looking at the current NFL standings, four teams have already clinched a .750 winning percentage, and three more could do so with one more victory. Philadelphia (13-2), New England (12-3), Pittsburgh (12-3) and Minnesota (12-3) are the teams that are already set with 12 wins or more. The Rams, Saints and Panthers are all 11-4 going into Sunday’s action, and with none facing one another, 12 wins are within reach for all three clubs — making for seven total at the .750 plateau (and it could’ve been eight had Jacksonville beaten San Francisco last week).

This is notable because it would mark the most top-heavy season since the NFL expanded to 16 games back in 1978.

So what’s caused the gradual spikes? Expansion typically dilutes the talent pool and increases parity. Yet, the 1995 addition of Jacksonville and Carolina seemed to lead to an increase in “great” (12-4 or better) teams the following season. Re-adding the Browns in 1999 seemed to cause no marked change, but the Texans’ arrival clearly made an impact on the quality of teams at the top of the standings.

It’s not necessarily about how many “bad” (4-12 or worse) teams are in the league in a given season, either, since those numbers stayed fairly static throughout the entire stretch. There may be more cases of teams winning just two games in a season, or more extended cases of teams being bad for years on end today. But there aren’t more “bad” teams for “great” ones to beat up on now than there were previously.

The real answer could be staying power atop the league, really.

While the NFL has always had dynasties throughout its history, the extended runs of success for franchises like the Patriots and Steelers seem to help boost this figure over the last 15 seasons. The Pats managed a record of 12-4 or better 12 different times (including this year) since Tom Brady’s 2001 debut. Pittsburgh’s done it five times in the same stretch, and Indianapolis has pulled off the feat on seven separate occasions.

The NFC’s failed to display the same staying power for any one team (hence the shuffling Super Bowl representatives for that conference since the turn of the century). However, at least one NFC club hits the mark every year, and it’s usually more than that.

But this sort of long-term dominance by New England and Pittsburgh (and to an extent, Indianapolis) is reminiscent of the 1970s and the extended runs of success from franchises in both conferences. The AFC had the Steelers and Raiders as annual contenders, while the NFC had the Cowboys and Vikings. Secondary players like the Colts, Bengals, Rams, Dolphins and Washington also helped build out a ruling class for the league that looked a lot like the one we’re seeing now.

The 1976 season had six (out of 28 teams) finish with a winning percentage of .750 or higher, and it was six the year before that in 1975 as well, despite the NFL having two fewer teams (Seattle and Tampa Bay). In the years immediately following the NFL merger, the average season featured about four teams with .750 winning percentages — a larger number than what was seen in the 1980s but not at atoll to the heights of the mid-70s or the current day.

With Tom Brady and Ben Roethlisberger’s careers likely winding down, their teams have shown no signs of stopping. But one might wonder how much longer this dominance can last for the Patriots and Steelers, respectively. As mentioned, the modern game promotes parody.

Yet some franchises have found formulas — largely built on star quarterbacks — to outlast that tide. Until others figure out how to create similar decade-long runs to those teams, the top-heavy nature of the current NFL may be looking at a course-correction very soon.