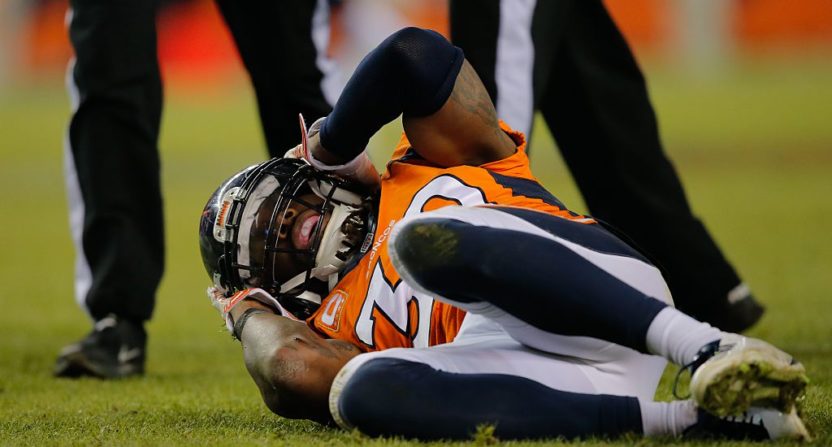 Five years after beginning a highly-touted partnership with National Institutes of Health to move forward with brain research, the NFL will begin conducting its own research, according to ESPN.com’s Mark Fainaru-Wada and Steve Fainaru.

NIH decided to end the alliance this summer because the two organizations did not see eye to eye. More than half of the $30 million the NFL pledged to NIH went unspent because the NFL was not comfortable giving studies to researchers who had been critical of the league.

Last September, the NFL committed $100 million to concussion research and studying CTE. $60 million is going toward technological innovation, such as helmets. But concussion expert Dr. Robert Cantu believes that effort is misguided:

“The majority of that $100 million — $60 million — is going to technology, and ‘technology’ is a nice word to say ‘better helmet,'” said Cantu, a clinical professor of neurosurgery at Boston University who has studied concussions for four decades and is a consultant with the NFL. “They’re hoping they can come up with a better helmet that will largely make the problem go away. Helmets can obviously make it better, but no, realistically, it’s the violent shaking of the brain, the rapid movement of the head. And the masses involved of individuals colliding with their heads and other body parts is just too great. They could probably get it better, but I don’t think the helmet will ever solve the issue.”

As far as the $40 million for scientific research, the NFL does not seem interested in focusing on long-term brain issues regarding football players. For example, NFL has funded only one study since announcing $100 million commitment, and it’s focused on why jockeys have high concussion rates in horse racing but don’t show signs of deteriorating brain function later in life, according to Fainaru-Wada and Fainaru.

The project, run out of a four-story brick building in northwest London, aims to find out why high concussion rates in horse racing don’t translate into “deteriorating brain function in later life,” a question that many scientists believe has little to do with football. The study is led by an Australian researcher who once described American coverage of CTE as “carry-on and hoo-hah” and a British doctor whose concussion presentations sometimes have included flippant jokes and video of tumbling jockeys set to slapstick music. At one presentation, the widow of a CTE victim, a former British soccer star, was so offended she stormed out of the room.

Here’s how Joel Stitzel, chair of the Department of Biomedical Engineering at Wake Forest, criticized the NFL and Jeff Crandall, a University of Virginia researcher who is overseeing the league’s latest helmet project:

“I said, ‘We feel like it’s important to study long-term impacts: What are the long-term consequences of subconcussive impacts'” on the brain, Stitzel recalled in an interview. “And the answer was: ‘That’s not in the scope of what we are trying to evaluate.'”

Stitzel praised Crandall as an excellent researcher but said he believes there are limits to what the NFL-funded project can accomplish. “I feel like there’s diminishing returns on helmets,” he said.

Some scientists wonder whether the NFL is skirting the larger issue — CTE and other long-term brain issues — by focusing most of its resources on helmets. In this way, they said, the league can keep debate focused around concussions instead of repetitive head trauma, which (Boston University’s Dr. Ann) McKee and many others believe is the primary cause of CTE.

The NFL Scientific Advisory Board will make its recommendations this fall, but the league will get the final say on where the money will go.