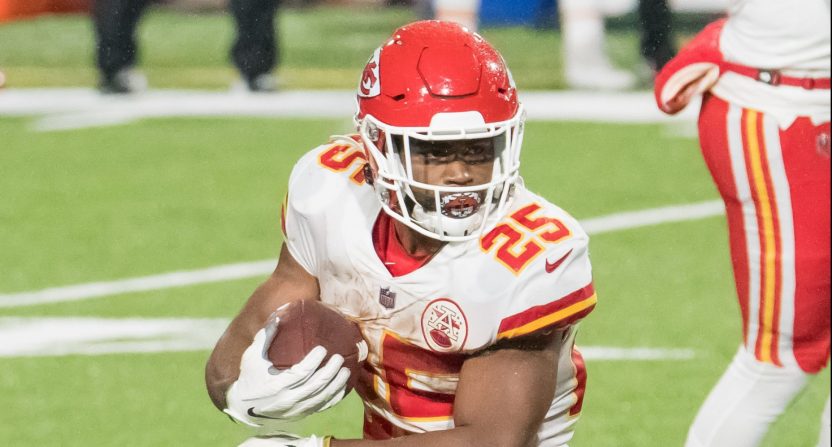 Throughout the NFL season, we’ll be ranking the top 10 rookies in the league based on their progress. Here’s the breakdown following Week 6.

10. Chicago Bears CB Jaylon Johnson: The second-round Utah product has surrendered just 21 completions on 45 throws into his coverage, and he ranks third in the league with nine passes defensed.

9. Indianapolis Colts S Julian Blackmon: The third-round pick out of Utah has two picks, six passes defensed, 10 tackles, and only four completions allowed into his coverage through five NFL games.

7. New England Patriots G Michael Onwenu: The sixth-round pick out of Michigan surrendered multiple pressures in Week 6, but he still hasn’t given up a quarterback sack or hit, and his run blocking has been superb. The Pats found something special late in the draft.

5. Dallas Cowboys WR CeeDee Lamb: The 17th overall pick from Oklahoma caught seven more passes in Week 6, and now ranks in the top 10 in the NFL in both receptions and receiving yardage.

4. Jacksonville Jaguars RB James Robinson: The undrafted Illinois State product ranks tied for fifth in the NFL with 539 scrimmage yards. He’s been a strong, versatile force in a bad offense, but he did struggle in Week 6.

3. Minnesota Vikings WR Justin Jefferson: Originally left off this list because I’m an idiot who had a brain fart, Jefferson leads all rookie receivers with 537 yards. He’s made some absolute beauty catches in key spots, and he’s tied for the NFL lead with a yards-per-target average of 14.9.

2. Kansas City Chiefs RB Clyde Edwards-Helaire: Now the league leader in scrimmage yards, the only thing holding the LSU product back is that he’s scored just one touchdown this season. Still, the first-round pick is a huge reason the Chiefs remain the Super Bowl favorite.

1. Los Angeles Chargers QB Justin Herbert: The No. 6 overall pick out of Oregon doesn’t have his first career win yet, but ranks eighth in the NFL with a 107.1 passer rating. He’s the NFL’s highest-rated passer on third down, and there’s no reason for him to lose the top spot coming off a bye.