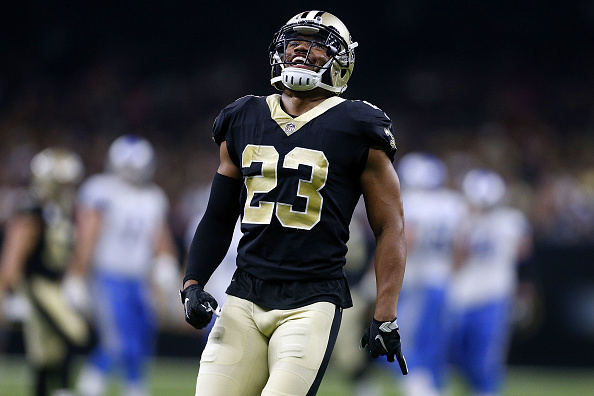 As we approach the home stretch of the 2017 NFL regular season, here’s a fresh look at the league’s top 10 rookies in mid-November.

1. New Orleans Saints CB Marshon Lattimore: The defensive rookie of the year frontrunner continues to look like one of the best corners in the league.

2. Houston Texans QB Deshaun Watson: Sadly, he’ll slowly slide down this list as he sits on injured reserve. But let’s never forget that the No. 12 overall selection did more in half a season than most rookies have in 16 games.

3. Saints RB Alvin Kamara: It now appears the Saints might have drafted both the defensive and offensive rookies of the year, because Kamara has become the most dangerous active offensive rookie weapon in football. He’s averaging a league-high 6.5 yards per carry and he and Todd Gurley are the only players in football with over 350 yards on the ground and in the air.

4. Pittsburgh Steelers WR JuJu Smith-Schuster: He has scored in three straight games and has five touchdowns (only a handful of wide receivers have more) as well as over 500 yards in just over half a season. Not bad considering he’s the NFL’s youngest player and that he hasn’t been on the field as often as similarly productive players.

5. Buffalo Bills CB Tre’Davious White: He’s slipped up a bit but continues to look like a Pro Bowler in the making as Buffalo’s top corner.

6. Saints OT Ryan Ramczyk: He might make the Pro Bowl as a rookie right tackle. Yeah, Mickey Loomis has wrapped up executive of the year honors for that draft class.

8. New York Giants TE Evan Engram: The No. 23 overall pick has scored in four straight games and has caught 21 passes for 243 yards in that span.

10. Jacksonville Jaguars RB Leonard Fournette: He started strong, but then there was the injured followed by the suspension and then a complete dud performance against the Chargers. The No. 4 overall pick has accounted for just 33 rushing yards in the last four weeks.