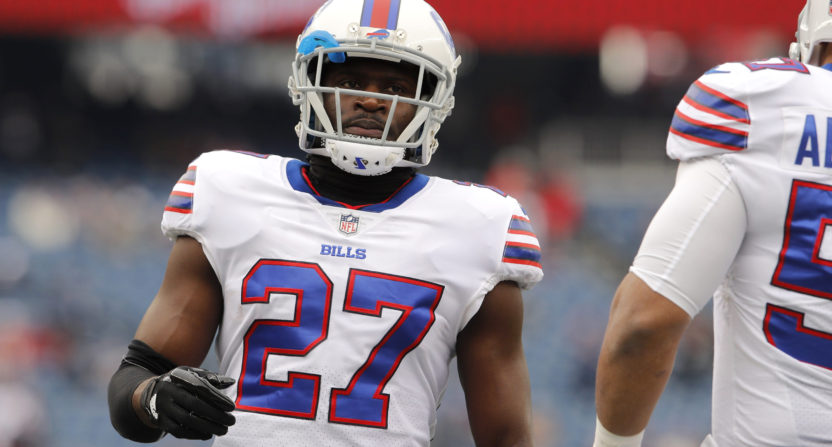 It’s been a weird year in the NFL, rookie class included. A pair of first-year cornerbacks have already become elite, a pair of third-round running backs are in the Pro Bowl and three Saints are ranked among the top five. At least that’s how I see it.

Here is how I rank the 2017 rookie standouts after Week 16’s results.

1. Buffalo Bills CB Tre’Davious White: The first-rounder out of LSU has already become a shutdown corner. Opposing quarterbacks have a 64.6 passer rating when throwing his way, he’s got four interceptions on the year and he ranks fourth in football with 18 passes defensed.

2. New Orleans Saints CB Marshon Lattimore: The first-round Ohio State product is also a shutdown corner. He has 17 passes defensed despite missing three games, and he has three picks in as many outings to bring his season total to five.

3. Kansas City Chiefs RB Kareem Hunt: The third-round pick out of Toledo has rebounded from a midseason slump with 513 scrimmage yards and four touchdowns in four December games. He ranks first in the AFC with 1,292 rushing yards.

4. Saints RB Alvin Kamara: The third-rounder out of Tennessee is averaging a league-best 6.2 yards per carry, and his cumulative totals (1,426 scrimmage yards and 12 touchdowns) are insane considering his workload.

5. Saints OT Ryan Ramczyk: The first-rounder out of Wisconsin has already become one of the steadiest offensive linemen in football. He should have made the Pro Bowl.

6. Los Angeles Rams WR Cooper Kupp: The third-rounder out of Eastern Washington leads all rookie receivers with 62 catches for 869 yards.

7. Carolina Panthers RB Christian McCaffrey: The first-rounder out of Stanford is tied for the NFL rookie lead with 75 catches. He’s also got five receiving touchdowns. And although his 3.8 yards-per-attempt average is no good, that number is at 4.7 the last three weeks.

8. San Francisco 49ers LB Reuben Foster: The sample size is a little small, but the first-rounder out of Alabama has dominated in run defense nine games into his NFL career. He’d be right there with White and Lattimore if he could have been more healthy this season.

10. Cleveland Browns DE Myles Garrett: Six sacks in 10 games for the No. 1 overall pick, and he had a pick-six negated by a penalty in Week 16.