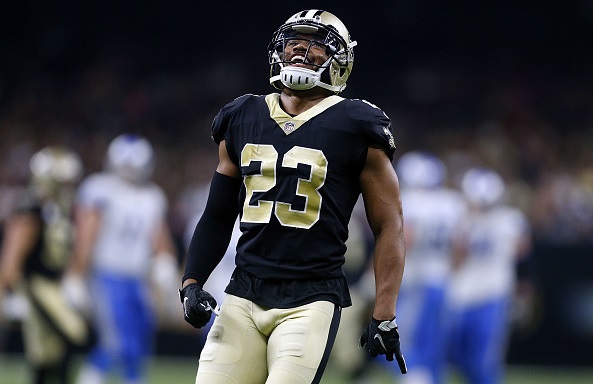 Not gonna lie, after eight weeks of ranking rookie quarterbacks, I got bored. There’s only so much one can say about Mitchell Trubisky’s six completions on Sunday, C.J. Beathard wasn’t moving the needle, DeShone Kizer was making everybody sad and nobody could keep up with Deshaun Watson.

So we’re mixing it up this week and power ranking the league’s rookies, regardless of position. Here are the top 15 entering Week 9.

1. Houston Texans QB Deshaun Watson: The NFL’s fifth-highest-rated passer was putting together one of the best rookie seasons in NFL history before suffering a significant knee injury in practice Thursday. That’s crushing, but he’s been so damn good that he might still win offensive Rookie of the Year.

3. Kansas City Chiefs RB Kareem Hunt: Despite the fact the Toledo product was passed on 85 times in the draft, Hunt leads the NFL in scrimmage yards by a 91-yard margin.

4. Jacksonville Jaguars RB Leonard Fournette: The No. 4 overall pick has seven touchdowns in just six games and ranks first in the NFL with 99.3 rushing yards per game.

5. Saints RB Alvin Kamara: It didn’t take long for the electric third-round pick to chase Adrian Peterson out of town. Kamara is averaging 5.8 yards per carry and ranks third among rookies with 500 yards from scrimmage.

6. Buffalo Bills CB Tre’Davious White: The No. 27 overall pick has also been stellar in coverage. Plus he’s got a pick, a forced fumble, two fumble recoveries, 27 tackles and a defensive touchdown under his belt.

7. Pittsburgh Steelers OLB T.J. Watt: J.J.’s younger bro burst onto the scene with a pair of sacks and an interception in his NFL debut. But he got hurt in Week 2 and hasn’t been quite the same since. Still, the No. 30 overall pick now has four sacks and 27 tackles.

8. Steelers WR JuJu Smith-Schuster: The first player in NFL history to score four touchdowns before his 21st birthday, Smith-Schuster has emerged as a hell of a complement to Antonio Brown in Pittsburgh. He’s coming off a 193-yard performance in a victory over the Detroit Lions.

9. New York Jets S Jamal Adams: The No. 6 overall selection has yet to record a pick but he’s often been all over the field and he does have two sacks and 38 tackles under his belt. He’s on track to become a star.

11. Cleveland Browns DE Myles Garrett: Even though he’s been slowed by injuries, the top pick has four sacks and 11 tackles in just three games this season.

12. Saints OT Ryan Ramczyk: The final selection of the first round has saved the Saints by stepping in at both tackle spots and performing admirably.

13. Cincinnati Bengals DE Carl Lawson: The fourth-rounder quietly has 4.5 sacks despite starting just one of the seven games he’s played in.

14. Chicago Bears RB Tarik Cohen: Another surprising fourth-rounder, Cohen has cooled off after a fast start. Still, he ranks fifth among rookies with 467 yards from scrimmage.