While nearly every NFL contract handed out is scrutinized immediately for signs a team over- or underpaid for a player’s services, none get the skeptical treatment like those given to quarterbacks.

With contract numbers that reflect a deal’s full value usually the only figures immediately released, overreaction is common. But just like every other position in the league, quarterback contracts cannot be taken at face value. In fact, until the entire terms of the deals are released, it’s hard to have a full understanding of what teams are investing in their passer.

There are two schools of thought, presently, when it comes to signing quarterbacks to long-term deals. The first is a traditional one, where a quarterback is given a standard contract, with certain guarantees and few bells and whistles beyond injury guarantees and option bonuses. The second is a more modern approach, which includes pay-as-you-go opt-outs and numerous performance-based incentives to give a player more (or less) money. The former is reflected in the contract the Baltimore Ravens gave Joe Flacco in March of 2013, following his phenomenal, near-flawless run in the playoffs that led the Ravens to a Super Bowl title.

The latter approach, meanwhile, was the one taken by the Cincinnati Bengals and San Francisco 49ers when extending the contracts of Andy Dalton and Colin Kaepernick in 2014. But even then, Dalton’s and Kaepernick’s deals have some very notable differences. 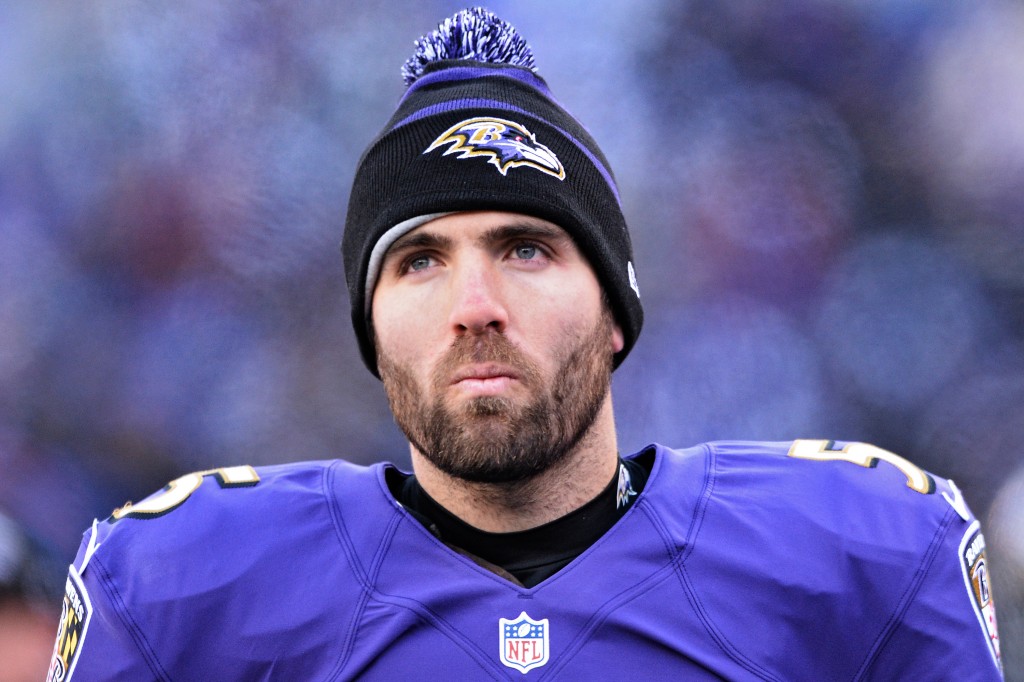 Flacco’s full contract value is $120.6 million over six years, with $29 million in signing bonus and $29 million in guaranteed money. There’s no coincidence that the signing bonus and the guaranteed money are the same—they are one in the same. That doesn’t mean that Flacco is only earning $29 million over the duration of his contract—him still being on the roster presently means that another $22 million in option bonuses are already his, plus he’s already earned three years’ worth of salary. So far, that means Flacco has been (or will be) paid out no less than $62 million. The signing and option bonuses, like with any NFL deal, are prorated. He will receive $5.8 million per year in signing bonus through 2017 (though he won’t be a free agent until 2019), and he received $3 million in option bonus in 2014 and has $4.75 million in option cash yearly from 2015 through 2018.

Like most traditional, big-money NFL contracts, Flacco’s deal is designed to pay the quarterback handsomely for his efforts while protecting the team from tying up too much cash in him. That’s reflected, ironically enough, in Flacco’s yearly salaries, which, to the untrained eye look like salary cap killers.

A good rule to keep in mind when looking at any NFL contract if you see a major jump in salary from one year to the next is to recognize this means it’s a deal designed for restructuring. Restructuring simply means taking money a player was set to earn and reducing it for the immediate term, spreading it thinner over a longer term. For Flacco, this will come this offseason. It’s not influenced by his season-ending knee injury either; this was built into the deal. Flacco’s contract will go from having a 2019 end date to one potentially that stretches through until as far as 2023. And even then, it will spread the money thin enough that the salary cap hits become smaller, the dead money is reduced and thus will allow the Ravens to move on from him willingly much earlier.

Again, Flacco’s deal was never going to be six years and $120.6 million. Because that’s never the case.

Flacco’s deal is a traditional one, typical of the NFL and of the position. But there is a sea change in the league when it comes to quarterback contracts, and Kaepernick’s and Dalton’s deal are the crest of that wave.

Kaepernick’s deal, though, comes from a place of low confidence in him by the 49ers; Dalton’s, on the other hand, is more of a motivational tool. Kaepernick’s deal, like Flacco’s, runs for six years, with a maximum value of $114 million and $61 million in guarantees. But he’s even more unlikely to see all of that cash than Flacco is. Why? The structure.

In 2014, Kaepernick received $12.97 million in fully guaranteed cash—his salary plus his signing bonus. His 2015 salary of $10.4 million became fully guaranteed on April 1. For 2016 and 2017, his salaries fully guarantee only if he’s on the roster on April 1 of those years and in 2018, $5.2 million of his $15 million salary is guaranteed on April 1. Essentially, this is a pay-as-you-go deal, with the Niners able to cut bait on Kaepernick on April 1 of each year without taking any cap hit beyond the signing and roster bonuses (both prorated equally each year). That means that the Niners will only be charged $7,397,260 if they do not keep him around in 2016, rather than $16,765,753 if they do. 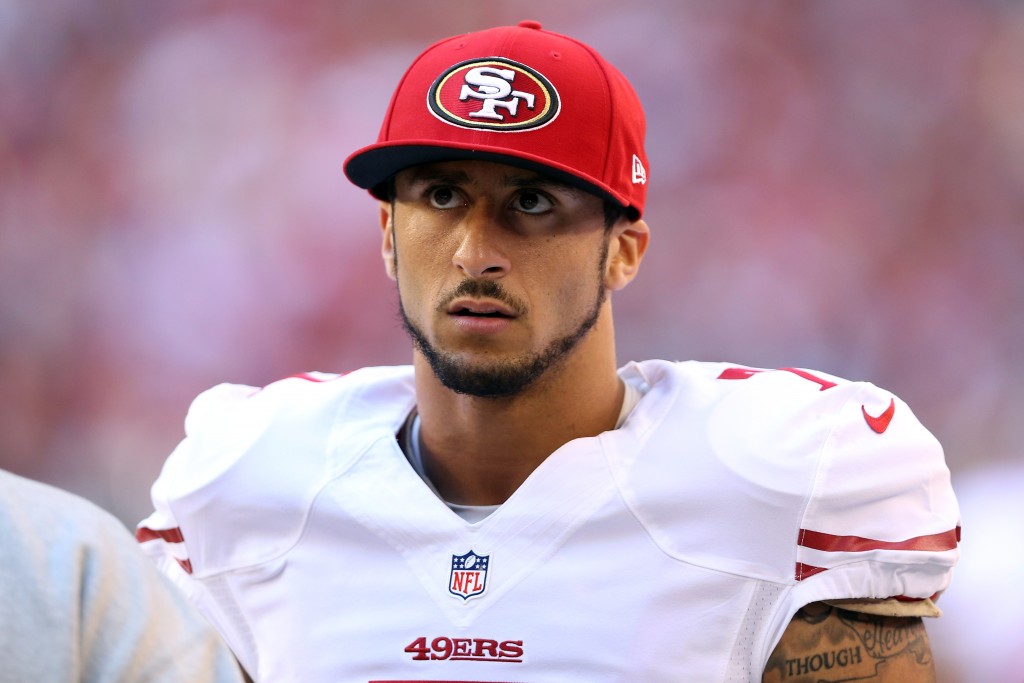 There are other clauses built into Kaepernick’s deal that protect the 49ers. One is a per-game bonus of $125,000 paid to him each year from 2015 through 2020. The other, and the most notable, is that Kaepernick loses $2 million in salary every year if he is not named 1st or 2nd team All-Pro or if he does not win the NFC Championship while playing 80 percent of the team’s regular-season and postseason snaps. Essentially, the Niners are saying to Kaepernick that they need him to be one of the top quarterbacks in the NFL in order to warrant paying him and then structured the deal in such a way that it would never be possible for Kaepernick to collect anywhere close to the contract’s max value.

Now, Kaepernick and the Niners met recently to try to rework the deal in a way that would allow him to stay in San Francisco in 2016, but nothing is likely to come from it. Kaepernick’s time with the Niners is up, and the writing was on the wall the minute the ink dried on the deal.

Dalton’s contract is similar, in that it has a pay-as-you-go structure, but not in the same manner as Kaepernick’s. The deal is also for six years, with a maximum value of $96 million. But only $17 million of the cash is guaranteed, with $12 million of that in the form of a prorated signing bonus. His 2014 roster bonus of $5 million was also guaranteed. And that’s the extent of the money Dalton was guaranteed to receive from the Bengals. He did, though, get his 2015 roster bonus of $4 million because he remained with the team on the third day of the league year, plus his 2015 salary.

Unlike Kaepernick, though, Dalton has contract escalators, or incentives for playing well, rather than Kaepernick’s punishments for playing not even just poorly but simply pedestrian. For every year that Dalton plays 80 percent of the Bengals’ offensive snaps and reaches the divisional playoffs, his salary increases by $1 million in subsequent seasons. When he does so and reaches the conference championship, he gets another $500,000 per year. And if he plays 80 percent of the snaps and reaches the Super Bowl, he gets $1.5 million more per year. As such, the Bengals are clearly trying to reward Dalton for clearing a major hurdle in his career to this point—winning a playoff game—while at the same time protecting themselves from hitching their wagon to a mediocre or plateauing quarterback.

They, like the Niners, are giving themselves options. Unlike the Niners, though, they have more confidence that Dalton can be a consistent winner. And given how Dalton’s season has gone thus far and the state of the quarterback position around the league, there’s little chance that the Bengals will turn away from him in 2016.

When examining a quarterback’s contract structure, there are a few things to keep in mind: Is it an old-school deal, like Flacco’s? If so, expect restructuring to take place. Is the dead-money charge yearly equal to a prorated signing bonus? If so, it’s a pay-as-you-go, more modern deal. Can money be added, or can it be taken away? If it’s the former, it’s a sign the team has confidence in the quarterback to improve; if it’s the latter, then it’s a sign of low confidence in the quarterback’s long-term prospects.

No NFL contracts should ever be taken at face value, and that rule applies even more so when discussing quarterbacks. The structure of the deals provide significant hints as to how an organization views its quarterback. And it’s why Flacco is safe for the long term, Dalton is for the short term and why Kaepernick was doomed in San Francisco the minute he agreed to his deal.

(All salary cap and contract details via Spotrac.com and OverTheCap.com unless otherwise noted)