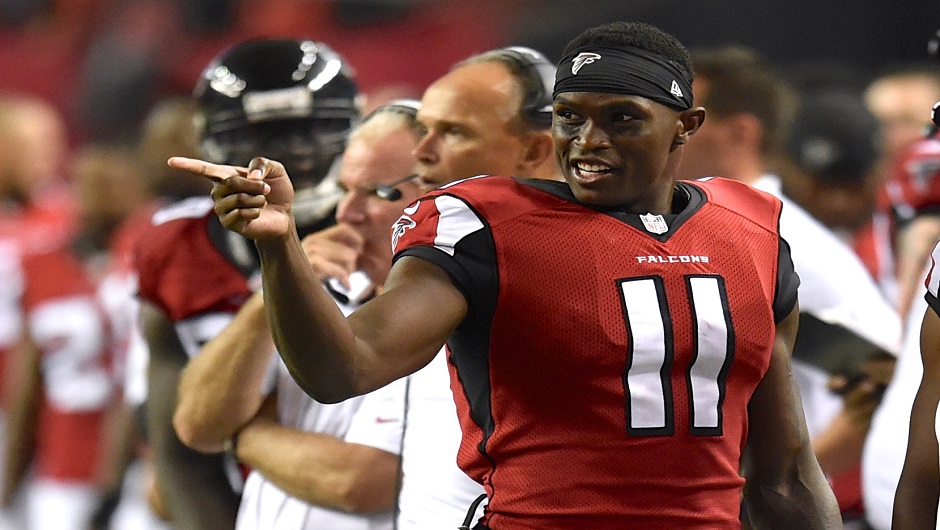 While there is no dedicated developmental league for the NFL, there’s always the NCAA, where hotly-recruited high school stars toil on the gridiron making millions for their respective colleges. Just a handful of these thousands of collegiate players make their way to the professional ranks, but those who do often have the opportunity to make those millions back playing the same, yet far more difficult game.

Unsurprisingly, it is the powerhouse colleges and universities that often produce the most, and highest-paid, NFL talents. With both the college and NFL football seasons underway, it’s the perfect time to take a look at the 25 universities that have packed the pros with the most alumni and what the total and average 2016 earnings are for these players.

It should be noted that the player totals are for those active in the NFL, but not necessarily rostered, i.e. free agents count. Those free agents, though, do not count against salary cap totals because they are unsigned and thus not earning NFL paychecks.

In the Nick Saban era, which began in 2007, the Alabama Crimson Tide have won four national championships and are regularly ranked No. 1 in the Associated Press’ Top 25 poll, so it should be of no surprise that Alabama has populated the NFL with the most players of any college. There are 78 Tide active alumni in the league. However, that hasn’t resulted in the university’s players averaging the highest cap hits in the NFL in 2016, nor the total amount of teams’ cap space spent on the year.

Alabama, with an average cap hit for its former players of $1,876,109, is not in the top five this year. Their total cap hit of $146,336,530 ranks fourth. It’s top earner this year is Atlanta Falcons wideout Julio Jones with a $15.9 million cap hit, followed by Buffalo Bills defensive lineman Marcell Dareus at just under $12.7 million. 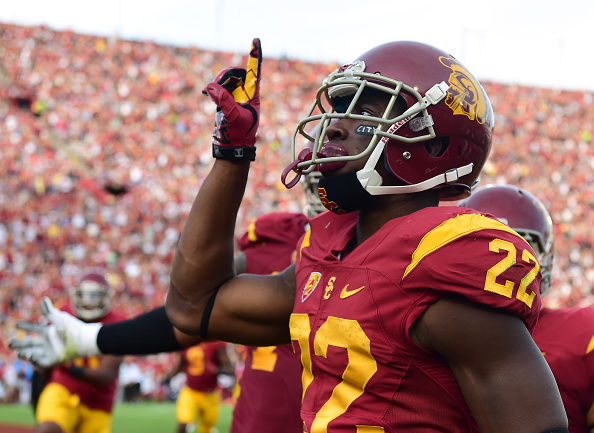 The leader in both average cap spending in 2016 as well as total cap spending goes to the former players of the USC Trojans. USC alumni are averaging a cap hit of $2,364,914 this year in the NFL with a total of $170,273,839. Of that latter amount, $20.125 million belongs to Arizona Cardinals quarterback Carson Palmer. Other double-digit cap hits for USC alumni include Carolina Panthers center Ryan Kalil ($11.829 million), Green Bay Packers linebacker Clay Matthews ($13.75 million), and Minnesota Vikings left tackle Matt Kalil ($11.096 million). 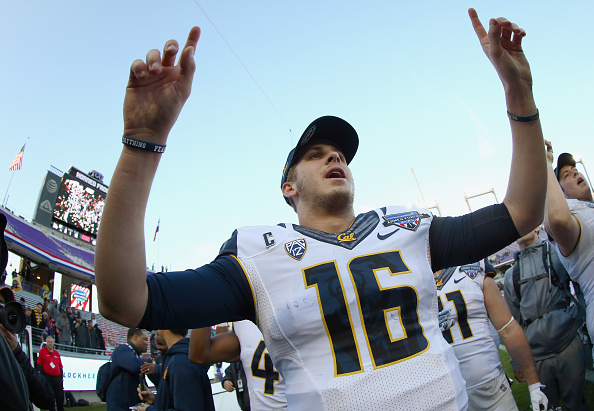 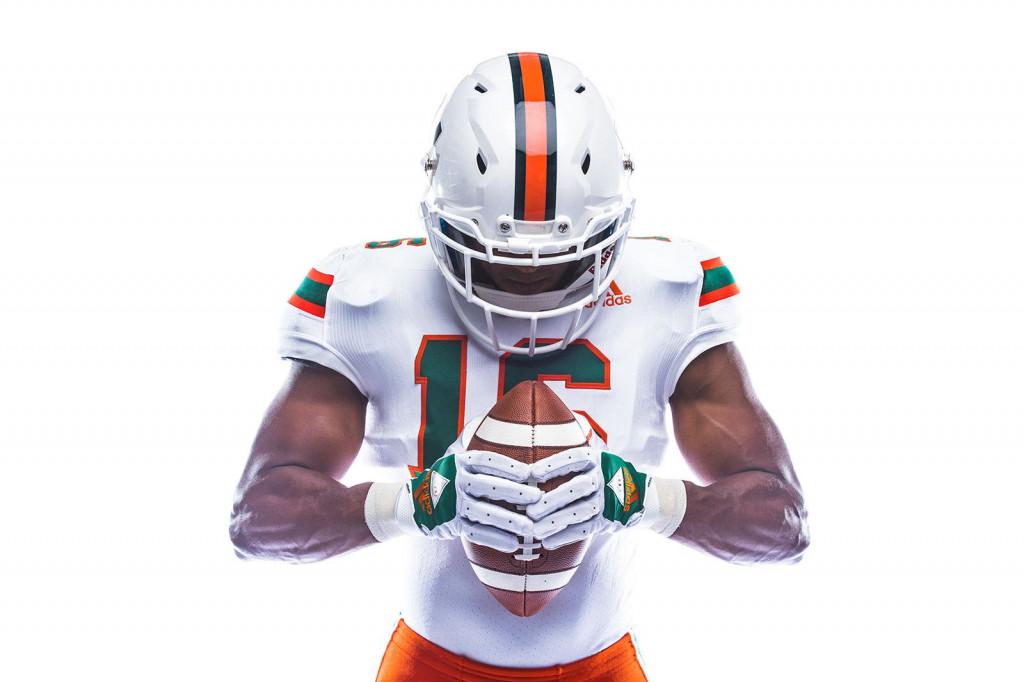 The Miami Hurricanes have the second-most active players in the NFL at 77. Their average and total 2016 salary cap hits reflect that, ranking fourth in the former ($2,048,068) and second in the latter ($157,701,228). Defense is leading the pack in team spending. Arizona defensive end Calais Campbell has a $15.25 million cap hit this year, Packers cornerback Sam Shields a $12 million cap hit, and New York Giants defensive end Olivier Vernon is earning $13 million. On offense, the top earners include just over $9 million for Jacksonville Jaguars receiver Allen Hurns and exactly $9 million for Seattle Seahawks tight end Jimmy Graham.

Rounding out the top five, in terms of player quantity, is Florida with 74 and Georgia with 71. Florida, however, does not rank in the top five in either average or total 2016 salary cap hits; their average cap hit this year is just $1,587,270 and the total cap hit is $117,457,970. The school boasts three former players earning double-digit millions this season—centers Mike and Maurkice Pouncey, of the Miami Dolphins and Pittsburgh Steelers, respectively—at just over $10 million apiece, and Cleveland Browns cornerback Joe Haden at $13.4 million.

Meanwhile, Georgia is third in both average and total cap spending this year, with the average coming in at $2,148,363 and the total at $152,533,758. Its highest-earning alum for 2016 is Detroit quarterback Matthew Stafford, with a $22.5 million cap hit, followed by Kansas City Chiefs linebacker Justin Houston at $13.1 million and Cincinnati Bengals receiver A.J. Green at $13 million. Another Bengal, defensive tackle Geno Atkins, is earning $9.6 million in total salary cap compensation.

Just as Cal was an anomaly in terms of 2016 money versus the number of alumni in the league, so is Wisconsin. The school has produced 53 currently active NFL players, but ranks fifth in average cap hit for the year, at $1,921,653 and a fairly high total cap number of $101,847,620. It’s not hard to imagine why, given than J.J. Watt and Russell Wilson are among the school’s highest-profile NFL products. Watt has a $14.5 million cap hit for the year and Wilson has $18.542 million. Browns left tackle Joe Thomas, also a Wisconsin alum, is earning $9.5 million, Bengals guard Kevin Heitler has a cap hit of over $8 million, and Detroit’s DeAndre Levy has a 2016 cap hit of $7.65 million.

There are two other schools of note in the top-25 NFL producers, a full list of which can be found below. One is South Carolina, which has only 47 alumni active in the league but a total cap hit of $81,883,073 this year, a number considerably higher than schools with a similar number of players in the professional ranks. Of that amount, $25 million belongs to just two players—$14.599 million to Chicago Bears receiver Alshon Jeffery and $11.082 million for Buffalo cornerback Stephon Gilmore. The other is Arkansas, which has the lowest 2016 average and total cap figures of schools ranking in the top-25 in numbers of alumni in the NFL. Their 44 players are averaging cap hits of $901,944, with a total cap hit of $39,685,548. Their top earner this year is Philadelphia Eagles left tackle Jason Peters with a cap hit of $9,737,500.

It’s obvious that the top performing college football programs would not only produce the most NFL talent, but also the talent that ends up being paid the most as their careers wear on. But it’s not always the case that volume equates to big-money contracts and excessive cap hits. Some teams, like Arkansas or Michigan, are primarily churning out inexpensive depth players. Others, like Stanford, have fewer players in the league than Auburn (53 versus 61) but have higher 2016 total cap hits ($86,712,059 for Stanford; $74,548,414 for Auburn) because there are more higher-earning individual alumni coming out of the school. Regardless, it is illuminating to see what schools develop more NFL-caliber players and then what those players end up earning around the league.

Cap and contract data via Spotrac.com unless otherwise noted