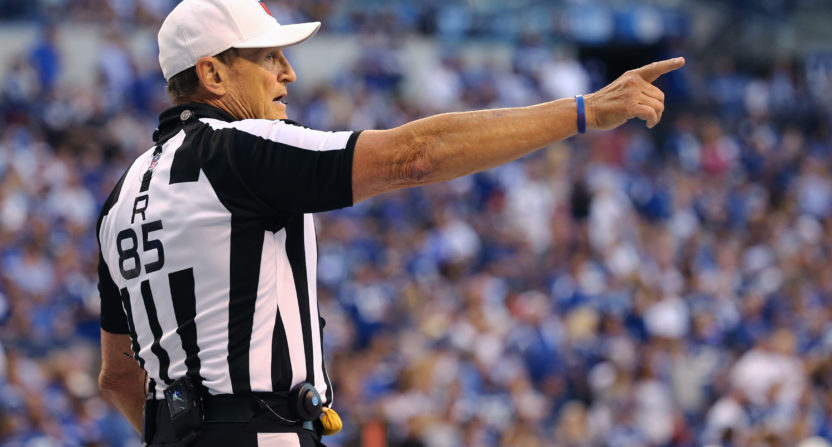 One innovation from the now-defunct AAF and XFL was the “sky judge.” The idea being that an official situated on the press box level could monitor the live action from a higher angle than on-field officials and have the ability to review and rule on potentially incorrect calls.

Two proposals that were similar to a sky judge was proposed by the Ravens and Chargers back in March. They suggested a “booth umpire” or a “technological advisor” that essentially served as an eighth official that could talk to on-field officials and have access to video. On the day before a vote was supposed to take place among the 32 owners, it was revealed that both proposals have been withdrawn according to Tom Pelissero of NFL Network.

For those wanting an additional official above the action, hope is not all lost. The NFL is expected to experiment with some sort of system in the preseason but various factors kept that from being a reality for the regular season and playoffs.

These rule changes became increasingly unlikely to pass starting last week, when NFL VP of football operations Troy Vincent revealed that there wasn’t a pipeline of officials to make the system work right now. One could argue why that’s the case for the NFL when the AAF and XFL were able to have enough officials but those leagues only had to have enough officials for four games per week instead of 16 per week in the NFL. That total number adds up, especially for a job that isn’t really in high demand.

Another issue, according to Pelissero, was that there was a debate on exactly how much power the booth umpire or technological advisor should have over the on-field officials and it’s expected to be further discussed.

It would be easy to dismiss this as the NFL refusing to listen to ideas a spring league came up with but withdrawing these proposals could also mean the NFL saw some promise in these potential new officials. If there are legit concerns about having enough talented people for the job and there were differences of opinion on the amount of power, those proposals wouldn’t get the necessary votes to pass.

If these proposals go to a vote and fail, it’s going to be next to impossible to re-propose and pass. So if that was going to be the expected result, it’s smart to pull the proposals off the table and instead work on improving things in the hopes to appease potential owner concerns and have one of these proposals pass.