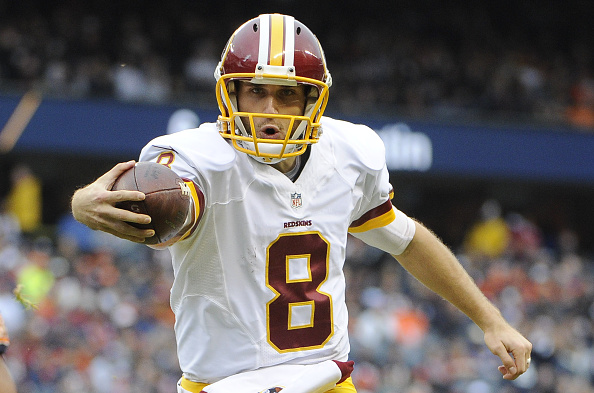 The NFL free agency period is the sport’s silly season. For most teams, the end result of what you lose versus what you gain is a net zero.

This is not college football, where a program can amass a war chest to bludgeon the opposition. Nick Saban succeeds at Alabama primarily because player acquisition is easier.

This brings us to Kirk Cousins.

The quarterback could become the highest-paid player in league history soon. His suitors include the Minnesota Vikings, the Denver Broncos, the New York Jets and the Arizona Cardinals. There is a report that it’s now a two-team race between the Vikings and the Jets. Cousins is the hottest quarterback to hit the free-agent market since Peyton Manning in 2012.

Established starting quarterbacks rarely hit the market. The only reason Peyton Manning became available was because the Indianapolis Colts released him after he missed the 2011 season with a neck injury. He signed with Denver and continued his brilliance, winning the 2013 MVP and capping his career with a Super Bowl victory in his final season.

In January 2006, Drew Brees suffered a torn labrum in his right (throwing) shoulder after getting hurt while playing for the San Diego Chargers. Again, due to injury, Brees became available and signed with the New Orleans. He went from being a good quarterback to a Hall of Famer with the Saints, winning a Super Bowl.

Some team is going to back up a Brinks truck for Cousins, hoping for those kinds of results. There is a lot to like. Cousins will be 30 years old when the season starts and should be entering his prime years. Physically, he looks the part. He’s 6-foot-3 and mobile. He ranks tied for 10th all-time in NFL history in career passer rating (93.7). The quarterbacks ahead of him are either in the Hall of Fame or trending in that direction.

The NFL is a quarterback-driven league. When you have one, you have a chance. When you don’t have one, you wind up being the Cleveland Browns. Because so many teams are starving for competent QB play, it’s a seller’s market. Teams are going to have to pay a premium — and possibly overpay — for the most important position in sports.

Is some team going to overpay for Cousins? The franchise that knows him the best – the Washington Redskins – have already told you they don’t believe he’s worth the money. If they trusted him, they wouldn’t have just traded for Alex Smith, who is older (turns 34 this fall) and has been abandoned by two teams (San Francisco and Kansas City).

This should be a red flag. What does Washington know about Cousins that the Vikings, Broncos, Jets and Cardinals don’t? Or do they simply believe that their infrastructure, their coaching can bring out the best in Cousins? Perhaps Cousins is a latter-day Brees who – in the right system, surrounded by the right players – can go from good to great.

The biggest statistical criticism you can make of Cousins is that he becomes less effective as the field shrinks. Last year, he was 36 of 68 (50 percent) in the red zone – which puts him in the bottom half of passers in that category. He also tied for second-worst with three red-zone interceptions.

Heck, even much-maligned Blake Bortles was better (52.1 with zero interceptions).

Inside the 10-yard line, Cousins was even worse. He was 9-for-25 in such situations. The only starting quarterbacks less accurate were Jameis Winston (5-of-14) and Jacoby Brissett (4-of-16). Red zone accuracy has been a continuing problem for Cousins in recent years. He was at 44.44 percent with two interceptions in 2016.

Now, to be fair, he was significantly better in 2015, completing 60 percent of his red tzone throws with no INTs. But what Cousins will a team be getting? The one who has been bad in scoring chances over the past few years? Or the one who was good?

For the amount of money Cousins is asking for, you’ve got to know.

The other issue regarding Cousins is that, as good as he has been, Washington hasn’t done any significant winning with him. The Redskins went 26-30-1 with him as a starter with one playoff appearance. When Denver signed Manning, they knew he was good for double-digit victories every season. Manning won at least 10 games in 11 of his 13 seasons in Indianapolis, including his final nine. The Broncos won at least 12 games in all four seasons with Manning.

Cousins has never won more than nine games with Washington. Now, how much of that is directly attributed to him? Or is it more about how dysfunctional Washington has been under Daniel Snyder’s ownership? Again, you have to be certain.

When you spend big bucks, you have to expect big results. That’s the way it is in a salary cap sport. If Cousins is smart, there is one clear and obvious choice: the Vikings. Look at what they accomplished with Case Keenum.

Keenum, a career backup, enjoyed a career year while helping the Vikings to the NFC Championship game. Keenum significantly benefited from having one of the best groups of skill position players in the league. Adam Thielen and Stefon Diggs might be the best pair of wide receivers in the league.

Best catch rates on inaccurate targets for WRs in 2017. pic.twitter.com/WtJFZz6kcA

The Vikings and the Philadelphia Eagles were the most complete teams in the NFL. Therefore, they were able to reach the NFC Championship game when their starting quarterbacks went down.

Cousins should make the smart choice and attach himself to Minnesota. That team offers him the best chance to succeed. However, if you’re the Vikings, why overspend on a quarterback when you almost got to the Super Bowl with Keenum?

Maybe Cousins will be the difference and he’ll emerge as an MVP candidate. But if he doesn’t, or if he plays poorly, the salary cap hit is going to hurt Minnesota for years.