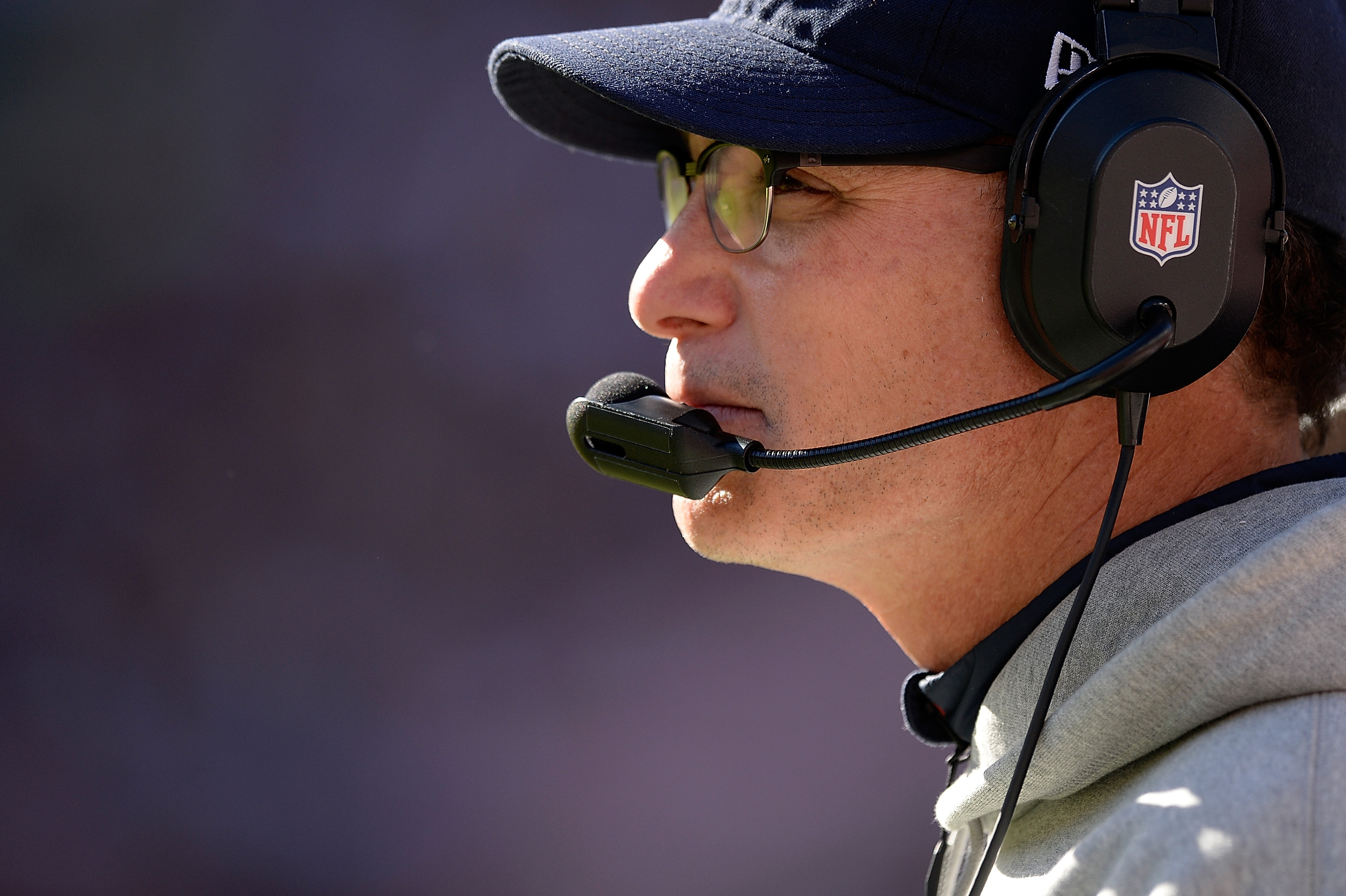 Following the Ravens’ 16-10 loss in Washington on Sunday, head coach John Harbaugh decided to let Trestman go. Harbaugh determined that Trestman’s incomprehensible play-calling was, for some reason, holding back the offense. Hopefully, the rest of the NFL interprets this news as his swan song. A look through Trestman’s NFL coaching career provides all the evidence needed. Let’s take a stroll down memory lane, shall we?

During Trestman’s 22 seasons as a coach in the league, his most productive one came in 2002 with the Oakland Raiders. The Silver and Black boasted one most of the explosive offenses around, ranking first in total yards, second in total points, and fourth in GvA (giveaways).

Moreover, the “Quarterback Whisperer” helped Rich Gannon sew up his first MVP campaign and the Raiders benefited heavily with a trip to the Super Bowl. Prior to running into the Tampa Bay Buccaneers, no team could slow down his sumptuous West Coast offense, which included an extremely lethal Charlie Garner.

The tailback posted 962 yards on the ground (5.3 YPC) but, more impressively, hauled in 91 receptions for 941 yards. Garner’s career numbers don’t warrant much praise, but those reception totals rank fifth all-time in a single-season. Hence, much of Trestman’s playbook revolved around feeding the running back on screens, dump-offs and wheel routes, evident in the following play.

Yet, the following season, Trestman began showcasing a trend that would cost him a job on four separate occasions. While Gannon’s shoulder injury put a dent into the Raiders’ postseason chances, the play-caller knifed a hole right through them.

In 2003, the Raiders ran passing plays just over 57 percent of the time, good for ninth in the league. On the flip side, a tick under 43 percent of their play calls were designed runs, ranking No. 24 across the NFL. Well, the Raiders ranked 26th in scoring (16.9 ppg), and the offensive coordinator’s name tag was quickly tossed into the Oakland Coliseum for the fan base to burn accordingly.

As expected, Trestman’s philosophy was not a one-year blunder.

Heading southeast to Miami, the then-assistant head coach expanded upon his faulty approach, placing second in the league in passing play percentage (62.4) and second to last in rushing play percentage (37.5). Although he wasn’t the offensive coordinator, Trestman’s concepts were still thrown at signal caller A.J. Feeley, since he also served as quarterbacks coach.

That campaign, Feeley completed a career-low 53.7 percent of his passes, along with tossing a career-high 15 interceptions in 11 appearances. Hence, the Dolphins’ offense struggled mightily, producing merely 17.2 points per game (No. 28 in the NFL). But hey, Trestman must have just directed his murmurs elsewhere.

Even though Dolphins running back Sammy Morris only averaged four yards per carry, Trestman’s unwillingness to utilize him denied the offense opportunities for play-action passes and such to keep the defense honest. Clearly, the organization saw the same and made a change. Trestman then proceeded to go conceal his ways from the rest of the league, working as the offensive coordinator at North Carolina State from 2005 to 2006, a consultant with the New Orleans Saints in 2007, and the head coach of the Montreal Alouettes (CFL) from 2008 to 2012.

Sadly, the Chicago Bears failed to recall his woes of the past and even disregarded now-Arizona Cardinals’ skipper Bruce Arians for the suspect hire. Thus, in 2013, he hopped the border and stepped back into the fold, entrenching himself as the 14th head coach in the franchise’s history.

During his first season in the Windy City, Trestman seemed to modify his scheme due to the weapons on his team. The Bears placed No. 12 in passing play percentage (60.1) and a semi-respectable mark at No. 21 in rushing play percentage (39.8). Their scoring output followed suit, manufacturing 27.8 points per game (No. 2 in the NFL). Additionally, Matt Forte channeled his inner Garner, reeling in 74 grabs for 594 yards, as well as notching 1,339 rushing yards (4.6 YPC) and 12 total scores.

Trestman’s efforts weren’t enough to send his team to the playoffs, but safety Chris Conte and defensive end Julius Peppers combined for two minor errors on fourth down in Week 17, damaging their postseason hopes, too.

However, when the 2014 season rolled around, the undisciplined head coach reverted right back to his version of normality. The Bears ran the second-most passing plays in the NFL (64.6 percent) and called the second-fewest rushing plays (35.3 percent). Once again, those numbers led to the Bears stringing together a gloomy 19.9 points per contest, ranking No. 23 in the league. He gone.

Astoundingly, the Ravens figured he could fill the void at offensive coordinator left by Gary Kubiak, who ditched the gig to become the head coach of the Denver Broncos. His first rodeo was marred by season-ending injuries to quarterback Joe Flacco and running back Justin Forsett. Therefore, his passing play (64.6) and rushing play (35.3) percentages, ranking fifth and 28th, respectively, were considered a wash.

Nevertheless, Harbaugh saw through Trestman’s poker face this season. Though their eighth-place passing play (65.3) and 25th-place rushing play (34.6) percentages were in a more preferable position than in 2015, Baltimore’s 18.8 points per game said otherwise.

If another team lets itself fall into same trap, Dr. Doom will strike again. Please, NFL — restrain yourself from hiring Marc Trestman to run an offense in the future.